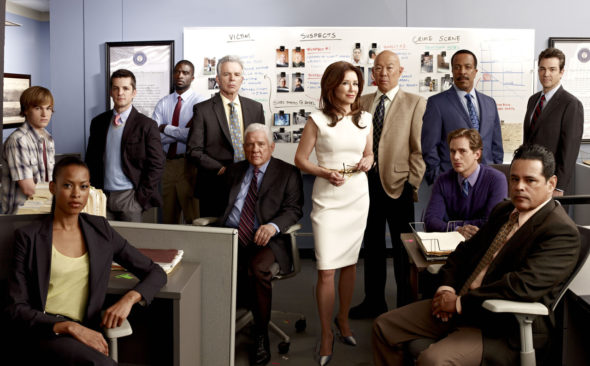 Are you a fan of Major Crimes? If the cancelled TNT show was picked up by another channel, would you watch a seventh season?

In a recent Facebook post, creator James Duff says he hopes Major Crimes will be picked up by either another network like CBS or a streaming service like Hulu. However, Warner Brothers TV Studio owns the former TNT series and it’s unlikely another distributor will acquire a show they don’t own outright:

Number 1 question (no competition!): Couldn’t Major Crimes continue on Netflix, Hulu, Amazon or CBS All access? Or even another cable company?
This answer has two parts.

Transferring Major Crimes to a streaming platform would probably be a net plus in subscriptions for the company that took the risk. I am sure a large part of our audience would follow. But the acquisition of Major Crimes would be purely a business decision.

There was a time, in the not too distant past, when executives would not have cared from whence a decent drama or comedy originated, as long as it drew a crowd on the day-of-air. Today, most programming chiefs ask themselves, “But does this a show reflect my brand?” or, “Will this drama/comedy make my company some place the ‘cool kids’ avoid?” Though I think this is a little like suggesting people will change grocery stores if the Kettle Potato Chips are too near the Pringles, there are people who take this notion quite seriously. It’s possible my grasp of the concept is muddied; I have never cared about being cool. Anyway! I don’t believe the audience was watching Major Crimes because it was on TNT; I believe they were watching TNT in order to see Major Crimes. I could be wrong.

Another impediment to going elsewhere: Major Crimes is the property of Warner Brothers Television Studio; most other distribution platforms are focused on not only airing new shows, but also owning them. This is a bit of inside baseball (and I promise not digress into a discussion about the Sherman Anti-Trust Act), but it is a challenging factor in deciding where else Major Crimes could live.

Nevertheless, would you watch Major Crimes if it moved to another network? Tell us what you think.

Major Crimes was, and is, my favorite show. I love that cast! The show had everything you could ever want in a murder mystery series. Every episode was complete with mystery, love and so much humor. I would love it if the show could come back, but they’d have to find a way to bring back Sharon Rayder, the heart and soul of the show. Until then I’ll just keep watching reruns..

Yes, I would be the first one to tune in and here’s a suggestion, how about inviting Kyra back now that ABC screwed her great series 10 Days over? Even if not, the show didn’t miss a beat without her and I loved it! Please don’t let the cast dissipate, they are too good an ensemble to let scatter!

Yes, I would certainly watch a seventh season of Major Crimes on any channel. I’m very distressed that the show was cancelled. It’s been a strong season and I fail to understand the decision not to continue. I will miss these characters.

i loved the series i thought it was great .too bad tnt getting too big for its own self conceit.

When I heard that TNT had canceled Major Crimes I have been praying that the show be picked up by another channel.

Absolutely!! Retaining the cast would make it great. I have followed from the beginning with The Closer and think Major Crimes improved on a great show AND with Los Angeles as the police department it shines even more . Great writing. Directing, acting….everything. Just let me/us know when and where you start again.

I would gladly watch reruns on another channel. I love, love, LOVE the show! I cried when Sharon Raydor died, at her funeral and during the last show.

Yes. I loved both shows

Yes I would! This is one of my favorite shows. I love that it is intelligently written with both drama and humor, and thus does not need to rely on gratuitous sex nor excessive violence, blood and gore. I love the characters too!

Yes!!! I would totally watch Major Crimes, either as the show itself or renamed, as they did with The Closer. I thought the ending was very well written and think it would also segway nicely into a continuation or redevelopment series. C’mon Netflix!! I’m a new subscriber and this would keep me hooked!!

I love this show . Would love to see it continue

Hands down, 100% YES. I loved every single episode. Can’t believe it won’t be coming back on TNT. I only watch two shows on that network, which is now reduced to one (Major Crimes and Librarians) If both of these shows go away, there won’t even be a reason to turn to the network anymore.

I would watch Major Crimes on another network and they should write Mary McDonnell back in the show but if they don’t I still would watch it.

Yes I would watch this show where ever it lands! I have watched since The Closer. Love the cast and the story lines. Hoping it will come back!