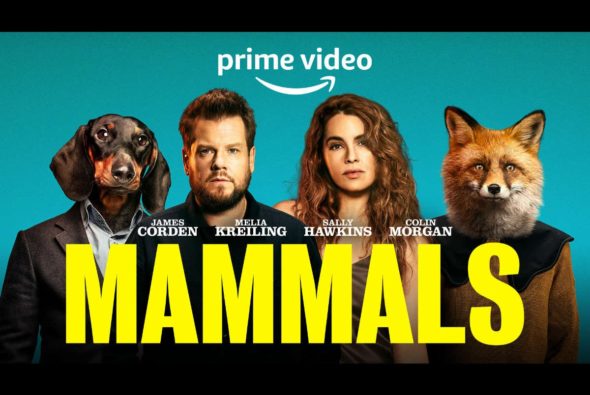 Mammals is coming soon to Prime Video, and the streaming service has released a trailer teasing the dark comedy series. Starring James Corden and Sally Hawkins, the series explores marriage and what can happen after you find the ‘one.’ All six episodes of the series arrive on Friday. Melia Kreiling and Colin Morgan also star in the series.

In the new Original series, revelations and secrets come to light as the complexity of modern marriage and fidelity are exposed. In a world of 8 billion, what happens after we’ve found “the one?” Can we stay true to the promises we strive to keep when, after all, aren’t we all just Mammals?

Mammals follows the story of Jamie (James Corden), a chef whose world implodes when he discovers shocking secrets about his pregnant wife, Amandine (Melia Kreiling). Jamie finds himself hunting for answers with the help of his brother-in-law Jeff (Colin Morgan). Through this hunt, the cracks in Jeff’s marriage to Jamie’s sister Lue (Sally Hawkins) also widen.

Written by two-time Olivier and Tony Award winner Jez Butterworth, Mammals is about the complexities of marriage: there is sadness, grief, tension, love, friendship, betrayal, and a touch of magical realism. The series is directed by Stephanie Laing (Made for Love, Physical) and produced by Street Hassle, in association with Vertigo Films and Fulwell 73.”

Check out a trailer teasing the new series below.

What do you think? Are you planning to check out Mammals on Prime Video later this week?

I LOVE this drama. Watched it 3 times already and discovered its true depth of each character. We MUST see more seasons!! Question – why the fox head for Lue in the advertisement?..hmmmm