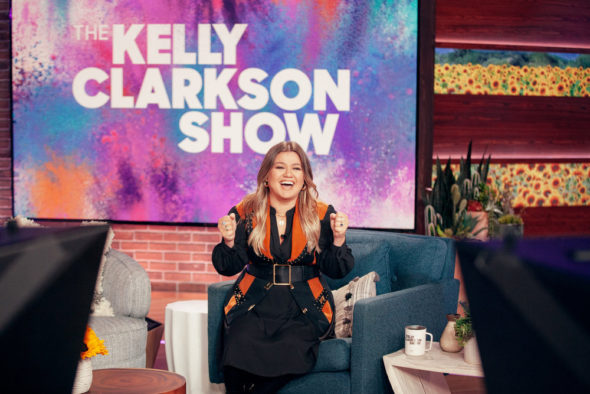 Kelly Clarkson is not leaving the world of daytime anytime soon. The syndicated talk show, which is currently in its fourth season, has been renewed through 2025. The Kelly Clarkson Show has seen increased viewership each season on the air and is the first syndicated series to do that since 2014.

NBCUniversal revealed the following about the renewal of the series in a press release.

The hourlong daytime program, currently in season four, has its strongest station lineup yet. The show airs in all 211 local markets in premier time periods across the country.

“Kelly Clarkson is one of the brightest stars of our time,” Wilson said. “With more than 500 hours viewed on broadcast, cable and digital platforms since its launch, ‘The Kelly Clarkson Show’ has been a home for stories that entertain, inspire important conversations and connect with loyal viewers across multiple generations in meaningful ways. Together, with our best-in-class producing team, we’ll continue to build on the show’s success and legacy.”

Since its debut in 2019, “The Kelly Clarkson Show” has racked up Daytime Emmy Awards and critical accolades as the first daytime hit in over a decade. Clarkson returned for her fourth season as host in September to impressive ratings gains.

Several weeks into the 2022-23 season, “The Kelly Clarkson Show” averages 1.34 million viewers and continues to grow as its total viewers have increased for the second consecutive season. For the first time since 2014, it’s the only syndicated talk show to grow in consecutive seasons.

Valari Staab, Chairman, NBCUniversal Local, said: “As the fourth season reaches new heights of critical acclaim and viewership, Kelly has used her genuine warmth and natural curiosity to create an engaging, fun show. ‘The Kelly Clarkson Show’ is a treasured part of our programming lineup, and we’re enthusiastic about its continued longevity.”

What do you think? Are you a fan of The Kelly Clarkson Show? Do you plan to continue to watch this daytime talk show?