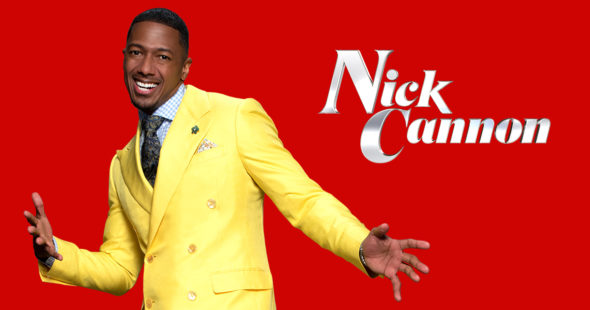 It looks like Nick Cannon won’t be quite as busy in the immediate future. He’ll still be hosting The Masked Singer on FOX and the Wild ‘N Out series on VH1 but, the Nick Cannon talk show has been cancelled after one season on the air.

The syndicated series launched in September of last year. It had been slated to launch in 2020 with clearances in 90% of the country but was delayed following Cannon’s anti-Semitic comments.

According to Deadline, there was a plan to shut down production for five weeks while Cannon worked on his other projects. In light of low ratings, the decision was subsequently made to shut down the Nick Cannon series for good. Yesterday, the final two episodes were filmed and the crew was informed they wouldn’t be coming back to work. Reportedly, enough episodes have already been filmed to finish out the season.

“It’s never easy to cancel a production with clear potential but, after a great deal of deliberation and examining various options, we have made the difficult business decision to end production on Nick Cannon,” Mort Marcus and Ira Bernstein, co-presidents of Debmar-Mercury, said in a statement. “We plan to offer viewers original episodes of the daytime talk show through the remainder of this season. Our thanks go to the very talented Nick Cannon and our wonderful production team, and we wish Nick continued success with his many hit ventures.”

Via show footage, Cannon addressed the cancellation, acknowledged that it was a business decision, and talked about his appreciation for the crew and the audience.

What do you think? Have you watched the Nick Cannon talk show? Are you disappointed that it won’t be back for a second season?

What a BUM deal! It was one of two shows that were positive and uplifting. I don’t believe it was given a fair chance. It’s difficult to believe The Nick Cannon Show was canceled and other dry and negative talk shows continue. “See ya, Nick”!

I am sorry that the show is being cancelled. I was a faithful follower, who looked forward to watching daily. If ratings was the issue, I feel in time they would’ve picked up. I know he will be successful in all of his endeavors, but he will be missed.

Sorry to hear they are canceling Nick Cannon, it is a positive afternoon refresher before the news.. Whatever he do it will be completed in excellence. Great job Nick☆

I’m deeply disappointed the show was canceled. It was one of the things I enjoyed daily—watching him LIVE, showing many of his true talents. My heart is saddened by this cancellation.

Yes,show is so real and relatable. Enjoyed his talents