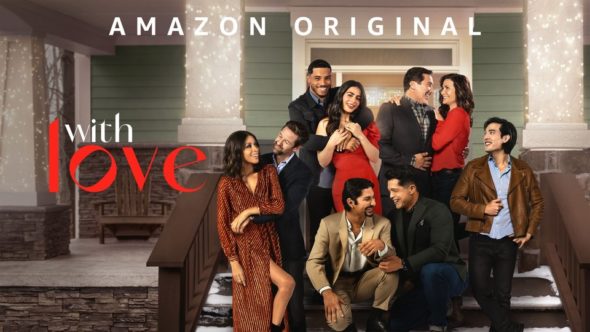 With Love follows the lives of the Diaz family as they struggle withromance. Prime Video revealed more about the renewal of the series in a press release.

“Today, Amazon Studios announced it had greenlit a second season of Prime Video’s multi-holiday romantic-comedy series, With Love, from creator Gloria Calderón Kellett. The Season Two series pickup is a six-episode order and will once again follow the Diaz family’s relationship drama and love stories over the course of a year, with each episode taking place in the midst of a life-changing milestone or celebration.

Season One of With Love premiered on Prime Video globally this past winter. With Love is a multi-holiday romantic-comedy series, written and created by Gloria Calderón Kellett, that follows the Diaz siblings, Lily and Jorge Jr., on a mission to find love and purpose.

A premiere date for season two will be announced at a later date.

What do you think? Are you excited to see another season of With Love on Prime Video?