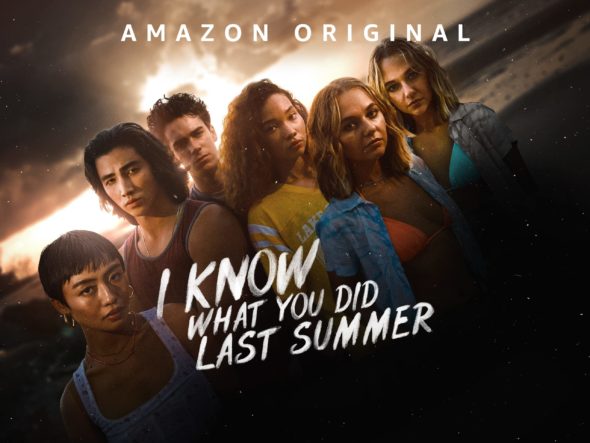 The TV version of I Know What You Did Last Summer has met its maker. Amazon Prime Video has cancelled the show, opting not to proceed with a second season.

Written and executive produced by Sara Goodman, the I Know What You Did Last Summer series stars Madison Iseman, Bill Heck, Brianne Tju, Ezekiel Goodman, Ashley Moore, Sebastian Amoruso, Fiona Rene, Cassie Beck, and Brooke Bloom. It’s based on the 1973 novel by Lois Duncan, which was also the basis of the 1997 feature film.

The story begins one year after the fatal car accident that haunted their graduation night. A group of teenagers find themselves bound together by a dark secret and stalked by a brutal killer. As they try to piece together who’s after them, they reveal the dark side of their seemingly perfect town – and themselves. Everyone is hiding something, and uncovering the wrong secret could be deadly.

The first season of eight episodes kicked off with four installments on October 15th and the (series) finale aired on November 12th. Deadline first reported the cancellation.

What do you think? Have you watched the I Know What You Did Last Summer TV series? Are you disappointed that there won’t be a second season on Amazon Prime Video?

Not surprising. The show was sub-par and the gimmick couldn’t sustain the show or make for a satisfying ending.

Honestly pretty happy about this, I still rewatch the first two films from time to time and live them. This show never should have been called that. It started okay but turned absolutely terrible by the end, the writers were making it up as they filmed.