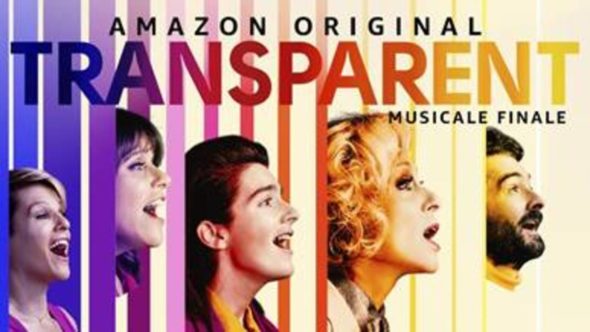 “She’s lost her mind.” Amazon just released the premiere date and official trailer for the upcoming series finale of Transparent.

The upcoming finale will be a musical that follows the Pfeffermans in the wake of a major family death. The cast includes Judith Light, Jay Duplass, Gaby Hoffman, Amy Landecker, Kathryn Hahn, and Rob Huebel.

Since 2014, audiences have been transfixed by TRANSPARENT, sharing the lives of the Pfeffermans after their parent comes out as a transgender woman named Maura. Ex-wife Shelly and their three kids grapple with their own secrets, relationships, and identities. This groundbreaking, Emmy and Golden Globe award-winning comedy has heart and humor while championing themes of love and acceptance.

THE TRANSPARENT MUSICALE FINALE takes the beloved Emmy and Golden Globe award-winning series TRANSPARENT to new heights as a dazzling two-hour movie musical fantasia. When the Pfeffermans face a life-changing loss, they begin a journey hilarious and melancholy, brazen and bold. As they face this new transition, they confront grief and come together to celebrate connection, joy, and transformation.”

What do you think? Are you a fan of Transparent? Will you watch the finale?