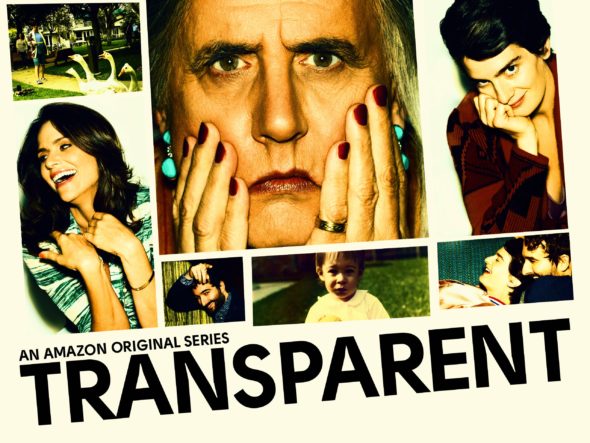 TV show description:
An Amazon dark comedy, the Transparent TV show centers on a Los Angeles family. After some false starts, patriarch Mort  Pfefferman (Tambor) comes out to her family as Maura — a transgender woman.

Although the eldest Pfefferman is married to Len Novak (Huebel), with whom she shares two children, Sarah still carries a torch for her college girlfriend, Tammy Cashman (Hardin). In fact, Tammy is with her when Sarah happens upon her father wearing women’s clothing, so she is the first of the Pfefferman offspring to learn Maura’s truth and initially, she is the most accepting.

Coming out to record producer Josh and the bright but floundering Ali will take some more time. Maura hesitates, in part, because her friends warn her that honesty will likely cost her her family.

Maura’s honesty prompts the revelation of other long-held family secrets. Owning their realities will send each of the Pfeffermans onto new paths of self-discovery, as the series delves into themes including family, identity, sex, love, and religion.

Series Finale:
Musicale Finale
When the Pfeffermans face a life-changing loss, they begin a journey hilarious and melancholy, brazen and bold. As they face this new transition, they confront grief and come together to celebrate connection, joy, and transformation.
First aired: September 27, 2019.

What do you think? Do you like the Transparent TV series? Should this TV show have ended? Would you have watched season five?

THIS SHOW SHOULD BE RENEWED. IT IS BRILLIANT!!!