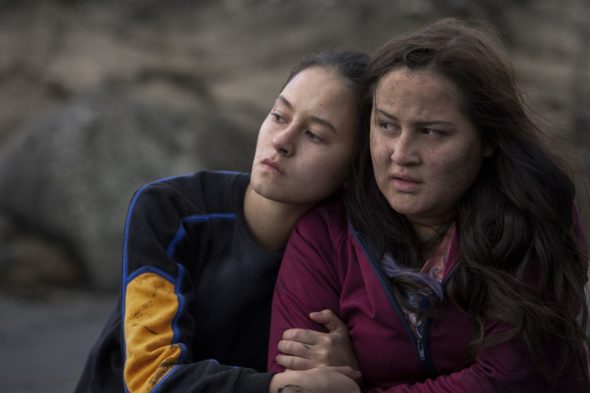 The slumber party drama isn’t over. The Wilds TV show has been renewed for a second season on Amazon Prime Video. The announcement was made by the cast via social media.

A young adult survival drama series, The Wilds TV show stars Sophia Ali, Shannon Berry, Jenna Clause, Reign Edwards, Mia Healey, Helena Howard, Erana James, Sarah Pidgeon, David Sullivan, and Troy Winbush. The story follows a group of teen girls from different backgrounds who find themselves fighting for survival after a plane crash strands them on a deserted island. The castaways both clash and bond as they learn more about each other, the secrets they keep, and the traumas they’ve all endured. What they don’t know is that these girls didn’t end up on this island by accident.

The first season of 10 episodes was just released on December 11th. Given that the show is filmed outside, that may have played into the decision to renew during the time of COVID-19. There’s no word yet on when season two will be unveiled.

What do you think? Have you watched The Wilds on Amazon Prime Video? Are you looking forward to seeing the second season?

My wife is really hooked on this show big time! She kept after me to watch it with her. I see why she is in to it so much. So hearing that there is a second season made her day. I hope season two is as gripping as the first.

The same thing happened to me! It’s a really good popcorn movie series.

Episode one was a little slow, but I’m really enjoying this series and I think people really need to check it out

Woo-hoo! Shelby better be back!

I am at least old enough to be their grandmother, and enjoy this show very much. I’m super happy that it will continue.

Really enjoyed watching season 1 and I’m looking forward to the next one!!