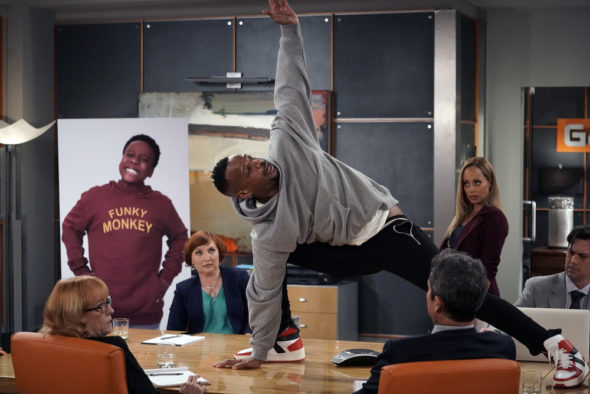 How’s life with Marlon during the second season of the Marlon TV show on NBC? As we all know, the Nielsen ratings typically play a big role in determining whether a TV show like Marlon is cancelled or renewed for season three. Unfortunately, most of us do not live in Nielsen households. Because many viewers feel frustration when their viewing habits and opinions aren’t considered, we’d like to offer you the chance to rate all of the Marlon season two episodes here.

An NBC family sitcom, Marlon is loosely inspired by star and co-creator Marlon Wayan’s life. The series also stars Essence Atkins, Notlim Taylor, Amir O’Neil, Bresha Webb, and Diallo Riddle. The story centers on internet superstar Marlon Wayne (Wayans), who is a devoted — if whimsical — father. He and his ex-wife Ashley (Atkins) are committed to having a happy divorce, as they parent their teenaged daughter Marley (Taylor) and younger son, Zack (O’Neil).

What do you think? Which season two episodes of the Marlon TV series do you rate as wonderful, terrible, or somewhere between? Should NBC cancel or renew Marlon for a third season? Don’t forget to vote, and share your thoughts, below.

I really enjoyed season 1 and season 2
I can’t believe it wasn’t renewed sad because I haven’t seen anything this funny on TV on a long time.