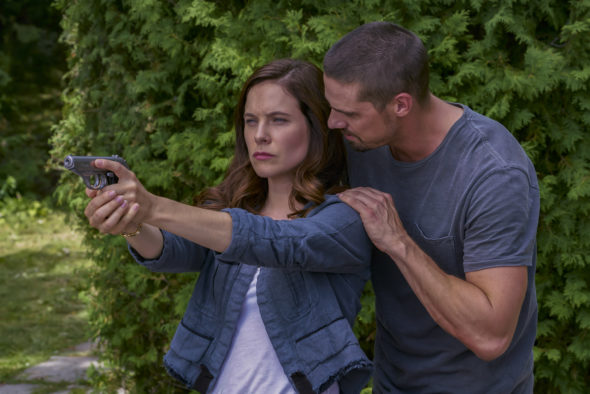 Mary kills people should definitely not be canceled. It is a very interesting and controversial topic and it should be explored by everyone. So many of the really good television shows of today are canceled much earlier than they should be. Please keep Mary on lifetime

Please have another season two!!! This is such a great show and the actors are amazing!! It’s everything I love to watch in one show!!!

Please make a season two!! This is such a great show and the actors do a such a great job on their part!!! It’s everything I love to watch all in one!!!

Please have a season two we love this show!!!!!!

I love this show ! It wasnt advertised very well ! I just wondered into it , but I must say ! It’s well written and great story and needs to continue on !

I absolutely love Mary kills people. I really want to see multiple seasons of this show. Plus the men are really nice to look at too.

Yes, Please don’t cancel this show, it has Sooooo much potential. It’s already great, and if they get a chance and do it right, this could be the Female DEXTER for television. And you know how great DEXTER’S ratings were.
Great show, Love it.

I am loving this show I look forward to Sunday’s because of this show. My heart would be broken if it was cancelled. I am hoping there will be more seasons to come.

Please Please Dont Cancel This Show! I. almost Love it as much as “The walking Dead” You have to admit thats a really Great Compliment!!

I really love this show! I really hope there is a season 2 you can’t leave us hanging!!!

I would be very disappointed if this show got cancelled. I enjoy watching Mary Kills People a lot!

We love this show!!! It would be a shame to cancel it.