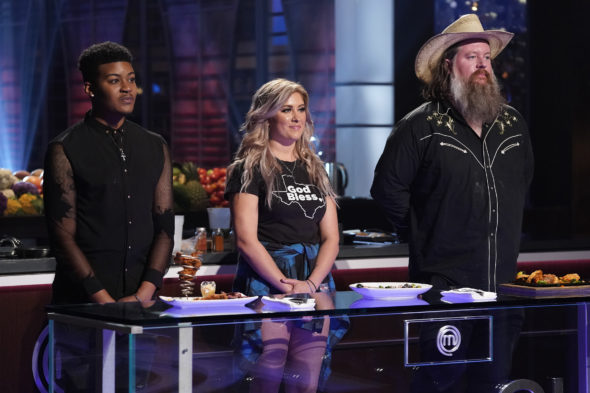 How appetizing is the ninth season of the MasterChef TV show on FOX? As we all know, the Nielsen ratings typically play a big role in determining whether a TV show like MasterChef is cancelled or renewed for season 10. Unfortunately, most of us do not live in Nielsen households. Because many viewers feel frustration when their viewing habits and opinions aren’t considered, we’d like to offer you the chance to rate all of the MasterChef season nine episodes here.

A FOX cooking competition series, MasterChef features talented home cooks battling for the title and the grand prize of $250,000.00. Joining host and chefs Gordon Ramsay on the season nine judging panel are chef Aarón Sánchez and restaurateur Joe Bastianich. In addition to the usual elimination, tag team, and restaurant takeover challenges, this time out each of the judges will select a team of contestants to mentor throughout the season.

What do you think? Which season nine episodes of the MasterChef TV series do you rate as wonderful, terrible, or somewhere between? Should FOX cancel or renew MasterChef for a 10th season? Don’t forget to vote, and share your thoughts, below.