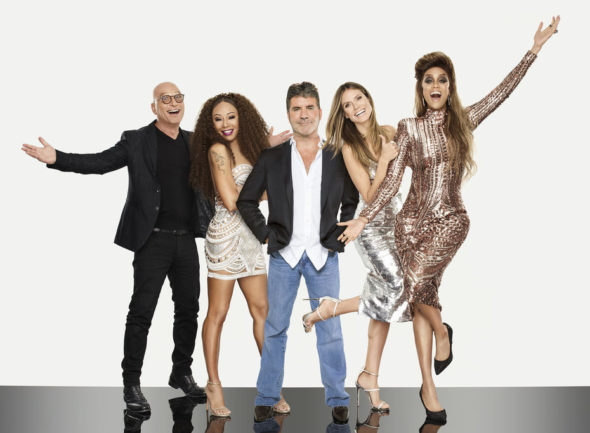 What do you think of the talent on display, during the 13th season of the America’s Got Talent TV show on NBC? As we all know, the Nielsen ratings typically play a big role in determining whether a TV show like America’s Got Talent is cancelled or renewed for season 14. Unfortunately, most of us do not live in Nielsen households. Because many viewers feel frustration when their viewing habits and opinions aren’t considered, we’d like to offer you the chance to rate all of the America’s Got Talent episodes from season 13 below. Status update below.

**8/22/18 Status Update: NBC has renewed a multi-year contract with Cowell to keep him as a judge on the series, essentially confirming that America’s Got Talent has been renewed.

I also agree that the sad stories seem to put contestants thru. I have watched this show every year and have seen many great acts be eliminated because of others sad story. I love this show but they should eliminate the real personal story for contestants. It should always be based on talent because thats the name of the show-Americas Got TALENT!! Another thing that should be eliminated on the show is the really STUPID acts. Just a waste of airtime. Would rather see mediocre or goid acts!!

I really enjoy AGT, however, if a change is to be made it should be not allowing personal information about clients competing. It should be based on their talent and not the background story. I have seen it makes a difference in the results. Sometimes because it is a sad story people tend to vote them in when their talent was not all that great and the stronger competitor without a story gets eliminated. It is after all a competition and is about their talent not their sad stories