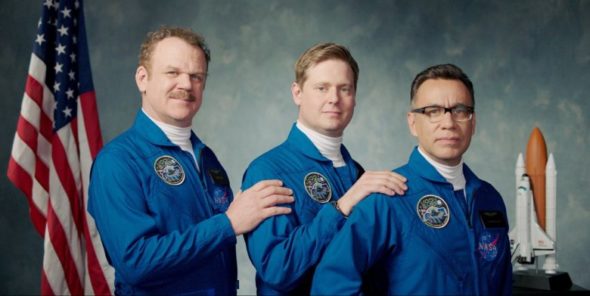 Fred Armisen is headed to space. IndieWire reports A24 has ordered a new TV show from the Portlandia star called Moonbase 8.

From Armisen and Jonathan Krisel, the comedy “centers around three subpar astronauts at NASA’s Moon Base Simulator who desperately aspire to be chosen for the next mission to the moon.” The cast also includes Tim Heidecker and John C. Reilly.

A24 is producing six episodes of Moonbase 8. A network and a premiere date have not yet been announced.

‘Moonbase 8’ is pure comic genius and we are thrilled to be a part of this show from the ground up. We can’t wait to introduce this fearless group of astronauts as they prepare to go where several people have gone before…but not as hilariously.”

What do you think? Are you a fan of Fred Armisen? Will you check out his new TV series?