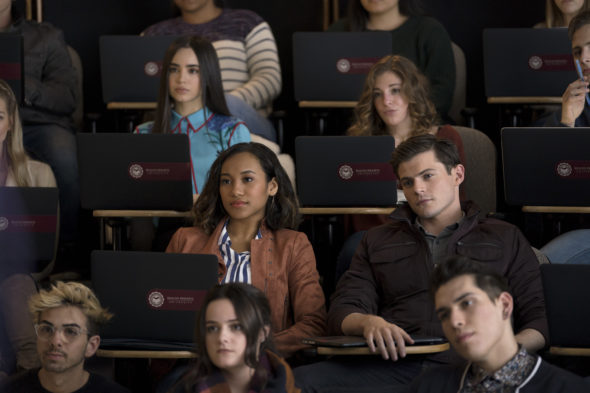 Please renew Pretty Little liars: the perfectionists I love it as much if not more than I did the original series. More episodes in a season would be my only complaint!!! I NEED MORE!!!!

They NEED TO MAKE SEASON TWO OF PLL: THE PERFECTIONIST!!!!!!

I just finished it and was hopping to google and see that there was going to be a second season. Let’s hope it actually happens!!!

Please give us a season 2! Love the show!

Renew and give us 24 episodes per season!!! Maybe bring back Jenna too.

The Nielsen ratings shouldnt determine the renewal of the show, the huge fan base should. Has the makings of being another huge success and if continues on the path it’s on it will be, especially if season 2 has a larger episode count than first.

Please continue the show. I like it as I did Pretty little liars.

Yes continue the show!!!! Love it. Brings me back to PLL back in high school where I lived for every new episode!

On the fence. I like some things but feel like other things need a huge improvement. No disrespect. Just a bit underwhelmed by it.

Awesome show! Please renew it. I honestly don’t even want to invest the time in viewing season one unless I know there will at least be a season two.