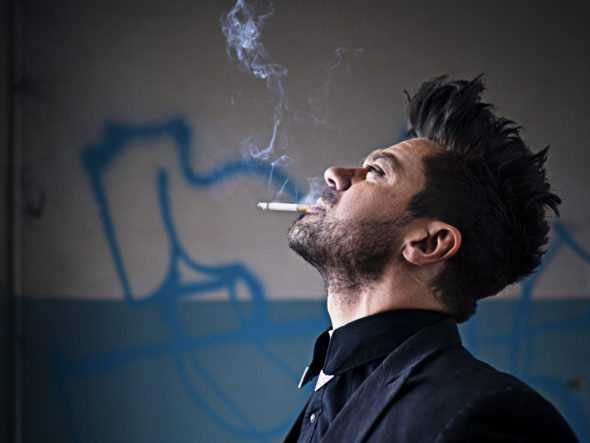 Is this the end of it all? Has the Preacher TV show been cancelled or renewed for a fifth season on AMC? The television vulture is watching all the latest cancellation and renewal news, so this page is the place to track the status of Preacher, season five. Bookmark it, or subscribe for the latest updates. Remember, the television vulture is watching your shows. Are you?

The fourth season of Preacher averaged a 0.12 rating in the 18-49 demographic and 532,000 viewers. Compared to season three, that’s down by 52% and 38%, respectively. Learn how Preacher stacks up against other AMC TV shows.

We don’t have to wonder if AMC will cancel or renew Preacher for season five. The cable network has already announced season four will be the final season. I’ll update this page if any news of a spinoff breaks, so subscribe for free Preacher cancellation, renewal, and news alerts.

What do you think? Is the Preacher TV series ending at the right time? If it were your call, would this AMC TV show be cancelled or renewed for season five?

Please do not cancel ! Love the show !

******** dont really watch stuff like this but was bad ass that I got the dvd.smh

Of course they canceled “Preacher”..why wouldn’t they it’s a great show..after all the demand for stupid @%$ reality and crap drama shows has polluted today’s TV networks unfortunately..why not cancel a awesome series (“Firefly”)..(“Gotham”)..(“Into the Badlands”)..(Preacher”)..so you can watch boring undesirable stupid crap..

Yes there should be a season 5 I love this series and I watch it every Sunday and I even started buying some of the older seasons. There’s so much more they can do their so creative and so much fun to watch

I am stunned. I’m not sure why, because the greatest shows always get cancelled. Any tv show, or movie, for that matter, that isn’t the same old recycled formula, rarely seem to survive. 90% of sitcoms are just variations of ‘I Love Lucy’, ‘The Brady Bunch’, or ‘Saved by the Bell’, and 90% of tv dramas are just variations of ‘Iron Side’, ‘Columbo’, any of the other judicial/plotical classics. Are the masses really so easily entertained? How many times have we seen the same old ‘Law and Order’ formula? So many times I’ve lost count. Hollywood has even gotten so… Read more »

Well, the idiots in charge cancel the best shows on TV yet again…what’s wrong? Too much toxic masculinity? Too much Christianity? Purge the marxists from all aspects of media and the world will be a far better place.

4 seasons was just right. it shouldnt drag out forever and a day

With Jesse falling that high from a plane, he should be splatted everywhere – and he wasn’t! then what about Genesis … if Jesse’s gon, Genesis got to go somewhere … where?

Damn, be careful with spoilers