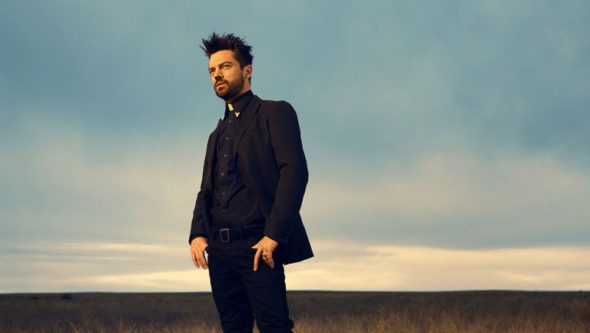 Have your prayers been answered? According to SpoilerTV, AMC has renewed Preacher for a fourth season.

Although AMC has not confirmed the renewal, SpoilerTV says season four of Preacher is set to begin filming in Australia in January.

What do you think? Do you watch Preacher? Do you want a fourth season?

I love the show, wacky insane totally out of the box. Please do not cancel this show.

This show is one of the few new and unique programs worth waiting a whole week to watch. And actually binge over. I will set my DVR to record for sure!

My prayers been answered…!! I am so into it…

I watched this show for 2 seasons and couldn’t stomach a 3rd. It went completely off the rails and honestly, it’s wasting the talents of several really good actors. It should have been canceled by now. Let it die.