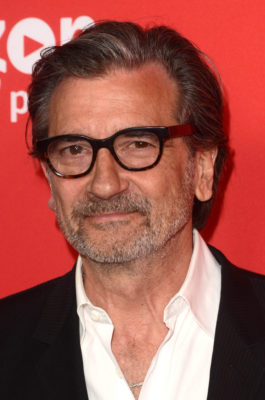 This Is Us has some new company. Deadline reports Griffin Dunne has joined season three of the NBC TV show.

The drama follows a group of people who were born on the same day and explores their connection, the meaning of family, and the nature of love. The cast includes Milo Ventimiglia, Mandy Moore, Sterling K. Brown, Chrissy Metz, Justin Hartley, Chris Sullivan, Susan Kelechi Watson, Jon Huertas, and Alexandra Breckenridge.

If you’ve seen the fall finale of This Is Us, you know Jack’s younger brother, Nicky, is alive. Well, it turns out the character will play a much larger role in the NBC series since Dunne has been cast as a present-day Nicky Pearson.

What do you think? Are you a fan of This Is Us? Are you enjoying season three so far?

I thought this season had started out slow (for this particular show) & wasn’t sure why we were spending so much time on the Vietnam story. But they sure started piling on with numerous story lines; a gay child, a divorce, a lost uncle, a baby boy for Kate, a love for Kevin and more about Miguel & his back story. Now I want to know so much more & the weekly wait is just tooooooooooooooooooooooo long. Keep up the good work.