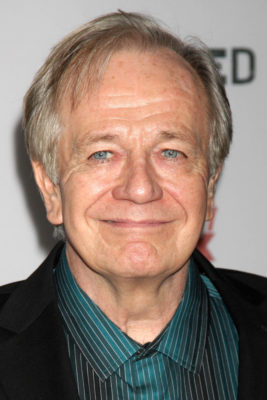 This Is Us has some new company. Entertainment Weekly reports Sam Anderson will guest on season two of the NBC TV show.

The hit drama follows a group of people who were born on the same day and explores their connection, the meaning of family, and the nature of love. The cast includes Milo Ventimiglia, Mandy Moore, Chrissy Metz, Justin Hartley, Chris Sullivan, Susan Kelechi Watson, Jon Huertas, Alexandra Breckenridge, and Hannah Zeile.

On tonight’s (November 7th) episode of This Is Us, Anderson will be playing a judge who interacts with William (Jermel Nakia). Other guest stars slated for season two include Sylvester Stallone, Ron Howard, Elizabeth Perkins, and Brian Grazer.

Anderson’s episode of This Is Us premieres on NBC tonight, November 7th, at 9 p.m. ET/PT.

What do you think? Do you watch This Is Us? Are you enjoying season two so far?

Such a great show, I enjoy watching very week! Huge kudos to both the programme developers and actors!