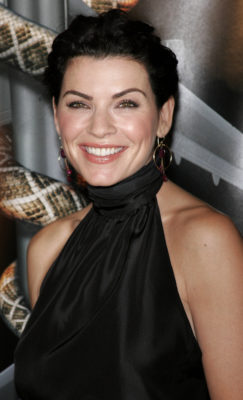 Based on the novel by Sarai Walker, the drama “will explore society’s obsession with weight loss and beauty in a bold, original and funny way.” Mad Men and Buffy the Vampire Slayer producer Marti Noxon will write and serve as showrunner on the series.

On Dietland, Margulies will be playing Kitty Montgomery, a “wildly ambitious magazine editor whose world is thrown into chaos when a feminist terrorist organization starts targeting people in her orbit.” Margulies joins fellow cast member Joy Nash, who will play the lead role of Plum Kettle.

Dietland is expected to debut on AMC in 2018.

What do you think? Have you read Dietland? Will you watch the TV show?

I haven’t read Dietland, but this sounds as interesting as drinking ditch water – so will give it a miss!