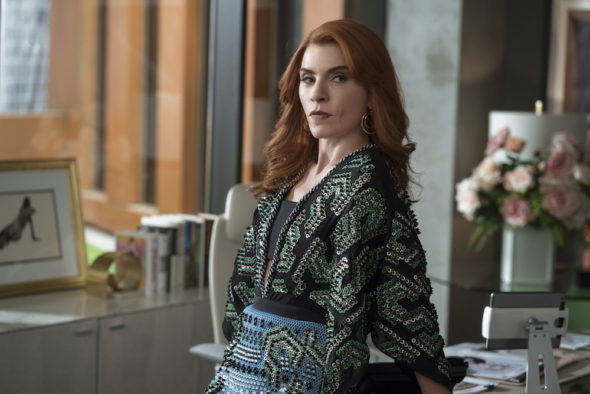 AMC is going off their diet. Vulture reports the network has cancelled Dietland after only one season.

The dark comey centers on Daisy Chain magazine ghostwriter, Plum Kettle (Joy Nash). As this perpetual dieter starts to broaden her perspective on self-worth and feminism, someone starts taking out men who have been accused of sexual abuse and assault. Now Plum is caught between two worlds, while she is still trying to make sense or her own life. The AMC series also stars Julianna Margulies, Robin Weigert, Adam Rothenberg, Tamara Tunie, and Erin Darke.

Despite a star cast and critical acclaim, Dietland never really caught on ratings-wise. Season one averaged a .10 rating in the 18-49 demo with only 433,000 viewers.

What do you think? Have you seen Dietland? Do you think the show deserves a second season?

This show was smart and talks for the women who don’t have a voice, they should finish the story.

So wish this show would come back. It was one of my favorites when it came out and I’ve been hoping for a season 2 ever since the finale. Wish there were more shows like this out there

Absolutely should be renewed. Takes current headlines and spins out of contro into a moral decision discussion. TV needs to keep intelligent shows if they want to improve ratings

I never saw any advertisement on Dietland and I tuned in by accident. Fell in love with the show, couldn’t wait to see what happened next. Plum is incredible, the whole cast was outstanding. So disappointing that they cancelled show. There is not to many shows worth watching these days and that was sure one of them.

I have a total of 4 millianial kids and their spouses plus grown grand kids that are getting up in the late teens and none of us knew this show was even on but we power watched it this December and we were just blown away! Their is nothing else like it on television and you are ahead of your time! I think it would be a real shame and mistake to cancel such a show! It’s empowering and really make us all think! We all enjoyed it immensely and that is something that almost never happens! I hope you… Read more »

Such a disappointment that AMC won’t renew. This is an important idea. We need to see these storylines and characters develop.
And here I was annoyed at a short 10-episode season, when other shows get so much more!