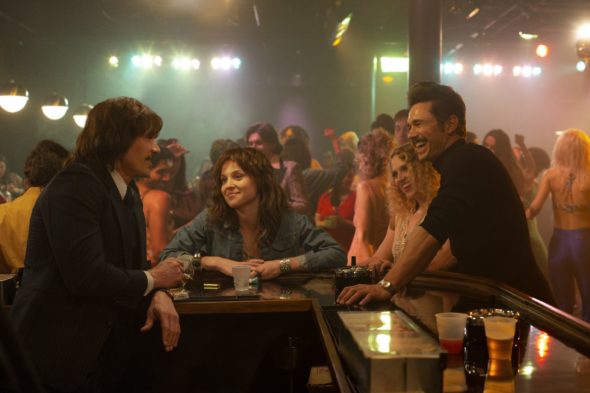 Here’s some bittersweet news, James Franco fans. HBO has renewed The Deuce TV show for a third and final season. The early renewal follows the season two premiere, which just aired last week. Reportedly, creators George Pelecanos and David Simon had always intended The Deuce as a three season series, and the renewal was issued after the episode-count was worked out.

The Deuce: A Look at the Ratings

The second season of The Deuce is averaging a 0.16 rating in the 18-49 demographic and 621,000 viewers. Compared to season one, that’s down by 40% and 29%, respectively. Learn how The Deuce stacks up against the other HBO TV shows.

Although HBO has not yet issued a press release about The Deuce season three renewal, The Hollywood Reporter has confirmed the third season pickup. Here’s more:

The news comes with little surprise. Since its premiere, Simon, Pelecanos and their cast have said that the series was intended for just three seasons. (The only sticky point with the critically-acclaimed series, however, is said to have been the episode count, which is clocking in at just eight per season.)

Each season is set in a slightly different time period for New York — with the first  picking up in 1971, the second in 1977 and the third planned for the early 1980s, exploring, per HBO, “the rough-and-tumble world that existed there until the rise of HIV, the violence of the cocaine epidemic and the renewed real estate market all ended the bawdy turbulence.”

What do you think? Are you a fan of The Deuce TV series? Do you plan to tune in for the third and final season on HBO? Sound off, in comments.

Please bring on a new season. We love the show.

This is sad news! The deuce is an awesome show! you can’t possibly bring closure to all the cast in one season. it’s reminding me of Deadwood and then I had to wait 10 years to finish it. Please send them off the right way.

Don’t end The Deuce after the third season! Please! Excellent casting, excellent acting – just an excellent show all around. Competition for good, intelligent shows is stiff today but this one rises to among the top three for me. Please give us AT LEAST two more seasons!!!!

I love this show. I remember the era and what it was like in the city then. This is the same area we now go into for dinner and a show. The whole period piece and character studies are so well done and interesting.

This is one of my favorite shows. I love quality television. There is so little of it. I look forward to Season 3. I will miss The Deuce, but I understand why they are limiting it to three seasons — the arc.

I love it. It’s seedy and raw, but so perfectly captures what NYC was like back in the day. I was just a kiddo back in that day, but I vividly remember how it looked. I liked the first season, but the first episode of season two really nailed it for me, & I’m invested wholeheartedly in each of the character’s tragic & somewhat hopeful stories. Can’t wait to see how it all plays out for each of them in season three.

Really hate there is only 3 seasons love the show it is so gritty. Really nothing on tv like this. HBO should come up with something else like it.

I just love this show! This show brings back sound memories the timing is perfect 70’s was the best time of my life in NYC. I hope the directors bring this back or something really close

Love the show and glad that we have a sensible decision about it’s ending.

I LOVE the actresses…especially Ms. Maggie Gyllenhaal. (I also love her movies…I just finished Sherrybaby.) But-I HATE what her character has to go through! The reason for only three seasons is as follows. The next time jump will be to 1985. The Gays will begin dying of AIDS. A disturbing number of straight *** performers also Died. There were many suicides, a few homicides, overdoses and alcoholism. Maggie stated that Tina Russell died of Alcoholic Liver Disease ten years after happily making her porn debut. There were a few survivors. Georgina “Miss Jones” Spelvin, Annie Sprinkle, Nina Hartley, and Candida… Read more »