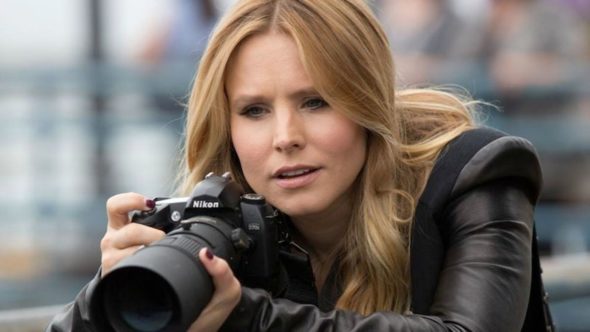 Marshmallows, we’ve got some sweet news, and it’s tastier than the cinnamon on your snickerdoodles. Kristen Bell has just announced the Veronica Mars TV show revival is a go at Hulu and will debut in 2019. The pickup has been all but a done deal for a while. Earlier this month, sources revealed production for the eight-episode fourth season was slated for October. Now the heart and soul of Mars Investigations confirms it is on its way, and the first three seasons of Veronica Mars will be available on the streaming service next summer, as will the film. Watch Bell’s announcement, below.


BREAKING NEWS out of Mars Investigations! 🙂 A new #VeronicaMars series is comin atcha via @hulu. Thank you to all the marshmallows for staying excited and to @Hulu for giving Veronica a chance to wear her big girl pants. I hope we’re still friends after I taser you. pic.twitter.com/z2EufrjMpX

Hulu has also confirmed the good news to the Veronica Mars fandom, long known as “Marshmallows,” a term Wallace Fennel (Daggs) first used about Veronica in the original series.


Saddle up, Marshmallows. @IMKristenBell is returning as #VeronicaMars in 2019. pic.twitter.com/zCW8bVrcGY

A week or so prior to the revelation that production on the fourth season of Veronica Mars was pencilled in for October, creator Rob Thomas linked to a TV Insider article about the outlet’s wishlist, should the revival come to pass.

What do you think? Are you excited for the Veronica Mars TV show revival? Besides Kristen Bell, which cast members are “must-sees” for you? Let us know, below.

absolutely loved this show should never been cancelled can’t wait