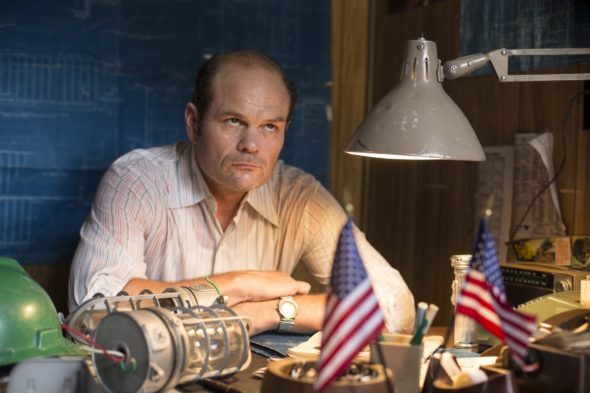 What the deuce is going on with Vince and Frankie Martino? Is The Deuce TV show cancelled or renewed for a second season on HBO? The television vulture is watching all the latest cancellation and renewal news, so this page is the place to track the status of The Deuce season two. Bookmark it, or subscribe for the latest updates. Remember, the television vulture is watching your shows. Are you?

A fictional historical drama, inspired by real-life twins who would go on to operate business fronts for the Gambino family, The Deuce centers on the rise of modern-day pornography in 1970s New York City. Barkeep Vincent Martino (Franco) is something of a promotional wiz. Despite his reluctance, Gambino captain Rudy Pipilo (Rispoli) involves him in the sex trade. Vince’s identical twin, gambler Frankie Martino (Franco), has never shied away from accepting his brother’s help. He too finds himself growing more and more involved in Pipilo’s business. Meanwhile, weary hooker Candy (Gyllenhaal) sees great potential for a new means to make a living, and she is not alone.

The first season of The Deuce averaged a 0.26 rating in the 18-49 demographic and 879,000 viewers. Learn how The Deuce stacks up against other HBO TV shows.

This drama series has been garnering decent numbers for an HBO TV show so, I suspect it will be renewed for a second season. I’ll keep an eye on the ratings and update this page as needed. Subscribe for free updates on any cancellation or renewal news about The Deuce.
9/19/17 update: HBO has renewed The Deuce TV show for a second season. Details here.

What do you think? Are you glad that The Deuce TV show was renewed for a second season? How would you feel if HBO had cancelled this TV series, instead?

Omg the Deuce series is such an awesome show please keep making them, I was unaware how the world was in the 70’s in America. I’m absolutely loving this show and learning so much, I’m from Sydney Australia my husband and I are glued to your one hour show every Monday. . Thank you for making such magnificent show keep up the great work