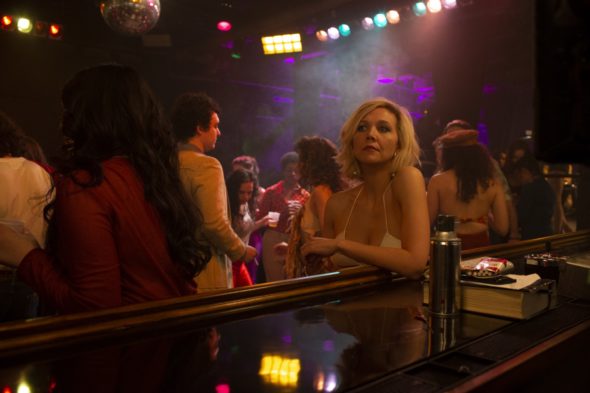 The second season of The Deuce averaged a 0.13 rating in the 18-49 demographic and 528,000 viewers. Compared to season one, that’s down by 52% and 40%, respectively. Learn how The Deuce stacks up against the other HBO TV shows.

Although it premiered with much lower numbers than last year, it is still too early to use the ratings to predict whether HBO will cancel or renew The Deuce for season three. For now, I’ll keep a hungry eye on the Nielsens and update this page with breaking developments. Subscribe for free updates and The Deuce cancellation or renewal alerts.

**9/20/2018 Status Update: The Deuce has been renewed for a third and final season on HBO. Details here.

What do you think? Are you happy The Deuce TV show was renewed for a third and final season on HBO? Does season three seem like the right time to end it? Let us know, below.