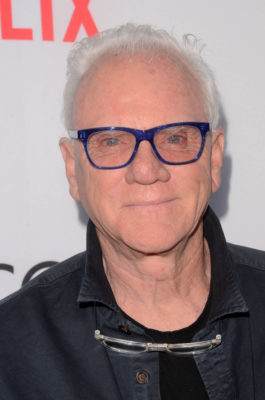 Malcolm McDowell is heading to the Windy City. According to The Hollywood Reporter, the Mozart in the Jungle star will guest on season three of the NBC series Chicago Med.

What do you think? Do you watch Chicago Med? Are you looking forward to season three?

I love the Chicago series, especially Chicago Med and Chicago Fire. Like others, I too hope they stays on for years to come.

Love this show. Record it every week so I can watch it when I am available to devote my full attention to it. Just love Will and all his drama. Was so worried it wasn’t coming back! This show and Chicago Fire are my favorite.

Yes I love this show and can’t wait for the new season!!

Great show I am so glad that it is again on. I hope it continues for several seasons. Great with Chicago Fire and Chicago PD.

I love this show and am glad it is returning!

Can’t wait for the new season of Chicago Med! Love this show it has a great cast and it complements Chicago PD and Chicago Fire.

I love it great show