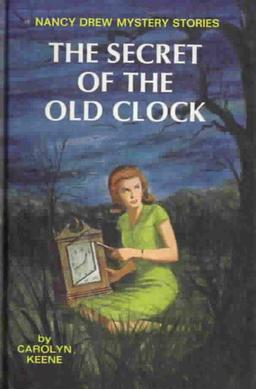 The case of the Nancy Drew pilot has been re-opened. Deadline reports NBC is developing a new TV show based on the classic children’s books.

This is far from the first time the mystery books have been optioned as a TV series. Last year, CBS ordered a Nancy Drew pilot titled Drew, but the network ultimately passed on the project.

Now, the same team behind Drew have teamed up with NBC for a new take on the famous teen detective. From Tony Phelan and Joan Rater, the new series will follow “the author of the most famous female teen detective book series [as she] is thrust into a real-life murder mystery.”

CBS TV Studios will produce the pilot alongside Dan Jinks.

What do you think? Are you a fan of the Nancy Drew books? Would you watch the NBC series?

“the author of the most famous female teen detective book series [as she] is thrust into a real-life murder mystery.”

that’s the premise behind the old show Murder she wrote

Doesn’t sound to me like a Nancy Drew series at all. It’s fictitious, of course, because the actual original author was one Mildred Wirt, though the character was created by Edward Stratemeyer (creator of the Hardy Boys, Tom Swift, the Bobbsey Twins, et al.), and Wirt was never an amateur sleuth of any sort, besides never being the only writer who did NANCY stories. What I’d love to see is a show based solely on the original Nancy (present-day or period) and not “improved” by modern-day producers who don’t care a whit about echoing old books and characters, only what… Read more »

Love the idea, looking forward to it!

I loved the Nancy Drew books growing up, so I’d be in for a tv series!!