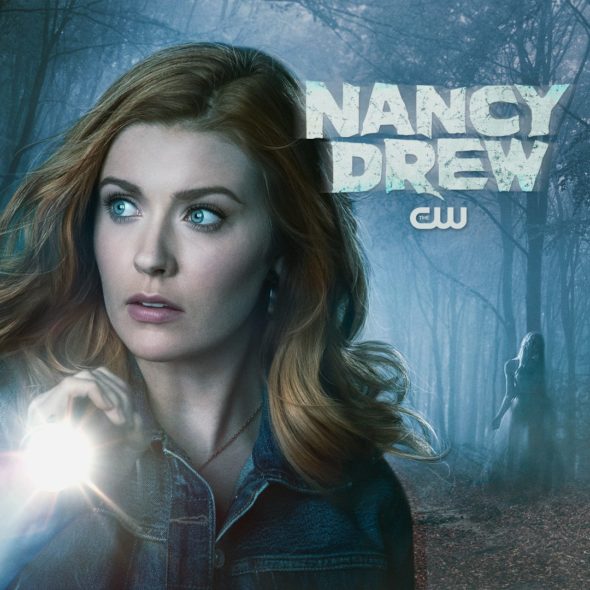 An iconic female character is returning to television. The CW has ordered a new Nancy Drew TV show for the 2019-20 television season.

Created by publisher Edward Stratemeyer (the author of the Hardy Boys books), the first book in the Nancy Drew series was published in 1930 and more than 80 million books have been sold worldwide. A teen detective, Nancy lives with her attorney father and spends her free time solving mysteries.

There have been several incarnations of the Nancy Drew character and stories over the years, in books, TV shows, and movies. On television, we’ve seen The Hardy Boys/Nancy Drew Mysteries (ABC, 1977-79) and Nancy Drew (syndication, 1995) TV shows. Other networks have developed Nancy Drew projects in recent years but The CW is the first to order one to series.

Nancy Drew
Set in the summer after her high school graduation,18-year-old Nancy Drew (Kennedy McMann) thought she’d be leaving her hometown for college, but when a family tragedy holds her back another year, she finds herself embroiled in a ghostly murder investigation — and along the way, uncovers secrets that run deeper than she ever imagined.

What do you think? Have you read or watched earlier versions of Nancy Drew stories? Will you check out this new TV series?

What a way to ruin an amazing mystery series that I was lucky enough to read while growing up in the ‘70’s! Nancy is a ****, her boyfriend Ned with whom she grew up now knows nothing about her past and they have wild sex, and George and Bess are nothing like their characters from the books! And her Dad who is no longer an older distinguished gentleman, is ******** around with a friend of Nancy’s! Did the writers even read the Nancy Drew Series?! What a pathetic mockery. I won’t be watching any more, if I can even stomach… Read more »

Previous Nancy Drew mysteries were about a young girl (about 16) and her “knack” for finding clues and solving mysteries. With this new, older Nancy Drew the stories will most likely center on her personal life, which means sex. It’s a shame they can’t make a new show without sex scenes these days. I won’t be watching this one. Oh, and CW, PLEASE stay away from the Hardy Boys!

Yes I will check this series out. Was a big fan of Nancy Drew books when I was a kid.

Wasted 3 minutes watching the lead-in of the pilot to understand this has NO relation to the character in the books or even previous Nancy Drew Mysteries. CW I really expect more of you.