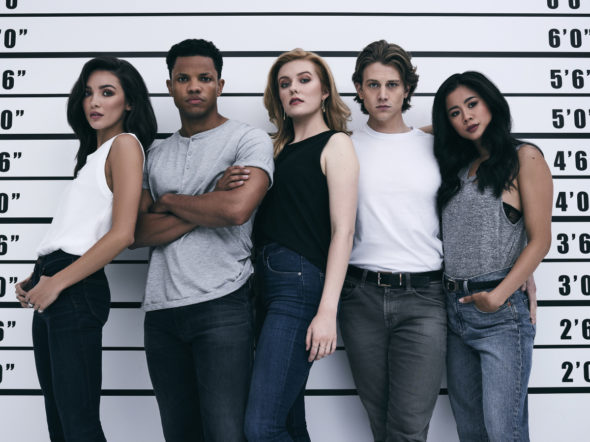 Nancy Drew is returning for its second season next month, and a new addition has been made to The CW mystery series which is based on the Nancy Drew series of books. Kennedy McMann, Scott Wolf, Alex Saxon, Leah Lewis, Maddison Jaizani, Tunji Kasim, Riley Smith, and Alvina Augus star in the series.

Aadila Dosani is joining the cast in a recurring role as one-half of the Bobbsey Twins.  First appearing in 1904, the Bobbsey Twins appeared in more than 100 children’s novels, until 1992. They were published by the Stratemeyer Syndicate, the company that also produced book series like Nancy Drew, The Hardy Boys, and Tom Swift.

Deadline revealed more about the cast addition to The CW series:

“Dosani will play Amanda Bobbsey. One half of the Bobbsey Twins, Amanda is charming, but possesses a manic energy and street smarts as a result of growing up poor and on the wrong side of the tracks. Often resorting to petty crimes with her twin brother, Amanda puts herself and her twin above everyone and everything else. Praneet Akilla (October Faction) portrays Amanda’s twin brother, Gil Bobbsey.”

Nancy Drew is set to premiere its second season on January 20th.

What do you think? Are you excited for the return of Nancy Drew next month? Are you familiar with the Bobbsey Twins?

I own and read most of the Bobbsey Twin books and the Bobbsey Twins were a mid class family and there were two sets of twins. The older set was Nan and Bert and the younger were Freddie and Flossie and they went on adventures and sometimes found themselves in harmless pickles. Seems to be a pretty big stretch of the Bobbsey Twins if their names aren’t even right