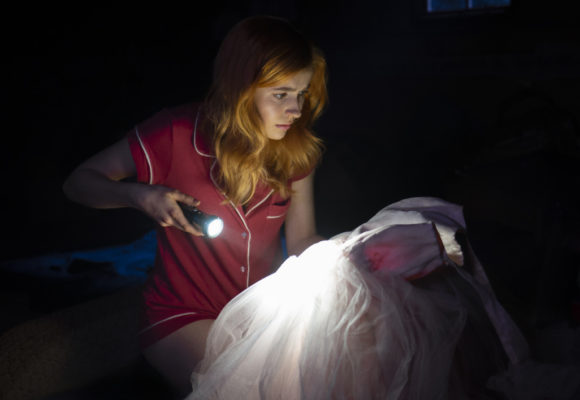 TV show description:
Based on the Nancy Drew mystery book series, this show follows Nancy Drew (McMann), a brilliant teenage detective. Her sense of self had come from solving mysteries in her hometown of Horseshoe Bay, Maine – until her mother’s untimely death derails Nancy’s college plans. Devastated by her mother’s passing, Nancy swears off crime-solving while counting the days until she can re-apply to college.

When a socialite is murdered, Nancy finds herself a prime suspect in the crime, along with a group of other teens who were present at the scene. They include Nancy’s nemesis from high school, George Fan (Lewis); a rich girl with a mysterious past, Bess Marvin (Jaizani); Nancy’s secret boyfriend, Ned “Nick” Nickerson (Kasim); and amiable burnout Ace (Saxon).

The five suspects must team up to clear their own names – encountering emotional entanglements and even more mysteries along the way. Nancy’s reawakening brings her into conflict with her widowed father, Carson Drew (Wolf), who is dating Detective Karen Hart (August).

When a supernatural presence begins to haunt Nancy’s investigation, she discovers that the current crime has a connection to the long-unsolved murder of a local girl. Does the ghost want to help, or hinder Nancy’s progress? Either way, Nancy’s going to have to unravel the clues from both the living and the dead to solve the crimes.

What do you think? Do you like the Nancy Drew TV show on The CW? Do you think it should be cancelled or renewed for another season?

Just finished watching season 3. I felt this season had more going on but I like that it was also moving fast! Definitely an improvement from the past seasons. I liked seeing that the villains have gotten more interesting and the build up to the end had better connections to the whole season. ( Small detective work but solving a major problem throughout the whole season). However, if they cancel the show after the season finale they gonna get haters! What a cliffhanger! Thank you for a great season 3!

Nancy Drew is awesome! Yes it should be renewed!

Nancy Drew is a great program and should be renewed for another season!

I really enjoy the new twist on the updated Nancy Drew. Read all the books as a kid and remember the series years ago also. As an adult watching this it’s not to bad.

Yes, definitely bring it back. I like the adaptations with all the unique twists and turns.

I love Nancy Drew , I remember looking at it on tv when I was young , a great idea to bring it back. I love mystery.

I grew up on reading, playing pc games and watching tv shows of Nancy Drew. Although this one is different, I enjoy the challenge it gives my brain to solve the overall mystery.

No matter if you love or hate it, you know you can’t stop watching it!! It always keeps me at the edge. No one is perfect and Nancy can’t always look like what you imaged as a kid but they have for sure captured the mysterious out look. 10/10 from me hope to see it again soon!

Worst adaption ever. Cancel it.