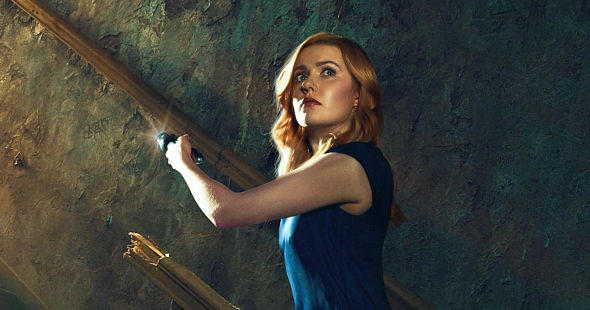 A mystery drama series, Nancy Drew stars Kennedy McMann, Scott Wolf, Leah Lewis, Maddison Jaizani, Tunji Kasim, Alex Saxon, and Riley Smith. Nancy Drew (McMann) is a brilliant teenage detective whose sense of self had come from solving mysteries in her hometown of Horseshoe Bay, Maine – until her mother’s untimely death derails Nancy’s college plans. She and her close friends, aka the Drew Crew, ultimately discover the stunning truth about Lucy Sable, the ghost who’d been haunting Nancy. The third season brought Nancy and her friends standalone cases, new love interests, and emotional journeys of self-discovery – culminating in a showdown with Temperance, which results in a shattering turn that will profoundly change all of their lives.

Airing on Friday nights, the third season of Nancy Drew averaged a 0.05 rating in the 18-49 demographic and 356,000 viewers in the live+same day ratings (includes all DVR playback through 3:00 AM). Compared to season two, which aired on Wednesday nights, that’s down by 35% in the demo and down by 24% in viewership.

Word is that discussions about ending Nancy Drew began months ago, prior to the departure of The CW’s longtime chairman and CEO, Mark Pedowitz. The writers were given enough time so that they could give the series a proper finale. The cast and crew are expected to wrap production on season four soon, and they were officially notified of the show’s impending demise yesterday.

In a joint statement, Nancy Drew showrunners Noga Landau and Melinda Hsu Taylor said, “We are so honored and proud to have brought Nancy Drew’s iconic determination, individuality and resilience to life in a years-long collaboration with incredible creative talents in front of the camera, behind the scenes and among our studio and network partners. Our hearts are full of gratitude, knowing that we are able to bring this chapter to a close with intentionality, inclusivity and kindness — and of course with plenty of sleuthing twists, supernatural scares and star-crossed romance along the way. We are especially indebted to our wonderful fan community, whose connection with our themes and stories has meant the world to us. Season 4 will be a worthy and resonant payoff for their continued love and support.”

McMann noted, “It has been the greatest pleasure to begin my career as one small part of Nancy Drew’s endless legacy. What a privilege to walk in her shoes for as long as I have, to be inspired by her and to grow with her. I wish our incredible fans could feel the heart and passion of our crew that has been ever-present on and off screen, day in and day out since the very beginning. You are every bit a part of this incredible show as we are. Thank you, thank you, thank you for every ounce of passion and kindness you have shared with me and with each other.”

This has been the best four years of my life. Sending love and gratitude to all the #Drewds ❤️ ⁦@cw_nancydrew⁩ https://t.co/io9Vp38RhC

All good things end eventually. What a GIFT getting to be in this universe for so long. I hope all of you enjoy the last season 4 of Nancy Drew when it comes out ❤️ there are too many words for what this show has done for my life.https://t.co/p5hvvQ234i

Thank you to the fans of @cw_nancydrew for making it what it is today. You truly have helped bring these characters to new light and meaning with the way you’ve loved them and cherished them. ❤️ We love you. George loves you, as prickly as she is. ✨

As you might have heard, our fourth season will unfortunately be our last. The cast, crew, and producers send their love to each and every one of our amazing #Drewds. But don't worry, #DrewCrew. We're going out with a bang. Buckle in for a heck of a ride!https://t.co/EAkJykhxNF

What do you think? Have you enjoyed watching the Nancy Drew TV series on The CW? Are you disappointed that there won’t be a fifth season, or is four years a good place to end it?

Good grief!! I liked Nancy Drew…. Pretty soon all that’s going to be on TV is those dumb Reality shows…..

They don’t do good TV shows anymore. It’s all about the message and see if there’s enough time to include a good story.

When they axed 80% of their schedule last may, this should have been obvious enough to everybody.

And it’s just as well. CW is DOA since they destroyed SMG’s triumphant return in the network.