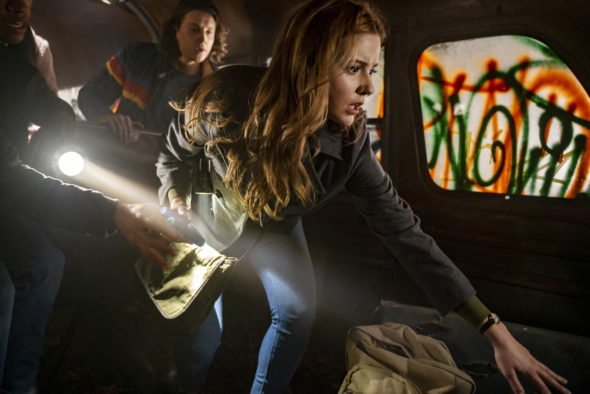 There will be more mysteries for the Drew Crew to solve in the 2021-22 television season. The CW has renewed the Nancy Drew TV show for a third season.

A mystery series, Nancy Drew stars Kennedy McMann, Scott Wolf, Maddison Jaizani, Alex Saxon, Leah Lewis, Tunji Kasim, and Riley Smith. Nancy Drew (McMann) is a brilliant teenage detective whose sense of self had come from solving mysteries in her hometown of Horseshoe Bay, Maine – until her mother’s untimely death derails Nancy’s college plans. She and her close friends, aka the Drew Crew, ultimately discover the stunning truth about Lucy Sable, the ghost who’d been haunting Nancy. Season two finds Nancy dealing with the aftermath of that discovery and becoming an investigator for the legal practice of her father, Carson (Wolf). This leads to the Drew Crew exploring standalone cases, new romances, and emotional journeys of self-reinvention.

The second season of Nancy Drew averages a 0.09 rating in the 18-49 demographic and 448,000 viewers. Compared to season one, that’s down by 39% in the demo and down by 35% in viewership. As live+same day ratings keep dropping for most network shows, The CW continues to focus on streaming and other revenue sources.

What do you think? Do you enjoy the Nancy Drew TV series? Are you looking forward to watching the third season of this CW series?