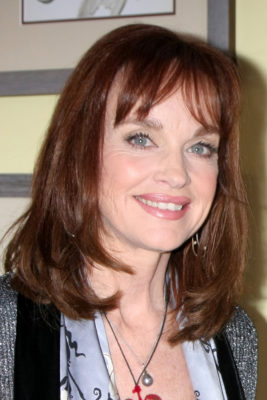 The new series “centers on 18-year-old Nancy Drew (Kennedy McMann) and is set in the summer after her high school graduation. She thought she’d be leaving her hometown for college, but when a family tragedy holds her back another year, she finds herself embroiled in a ghostly murder investigation — and along the way, uncovers secrets that run deeper than she ever imagined.”

Martin originated the role of Nancy Drew on the ABC TV show The Hardy Boys Nancy Drew Mysteries, which ran from 1977 to 79.

On the The CW pilot, Martin will be playing ” Harriet Grosset, a small-town psychic who offers her talents to help Nancy investigate a murder — and ends up delivering an otherworldly clue that neither of them bargained for.”

What do you think? Are you a fan of the original Nancy Drew series? Would you watch the CW reboot?

I read every Nancy Drew book as a kid and CW has a way of making kid stories enjoyable to all ages, so we will definitely check it out.

The name “Harriet Grosset” combines two of the famous book series originators: the books were largely guided by Stratemeyer syndicate editor Harriet Adams, and they were published by Grosset & Dunlap.

yes, would definitely tune in for this reboot

I look forward to a well written reboot.

I’ll be watching for sure.

Loved the show in the 70s so will definitely be watching the reboot.

I loved the original books and series. I really hope CW doesn’t screw this up.