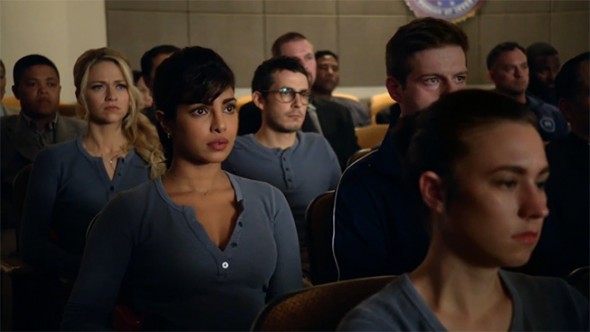 I watched because of the intrigue and good grief it was dragged out. Then to find out the guy from Israel is the bomber. REALLY???? Biased agenda showing!!!
Also sleeping around with agents your going to be working with…BAD IDEA!!! I sure hope the real FBI has higher standards.
I’m done!

I had high hopes for this show before I started watching it, but it has turned out to be another show about attractive people sleeping with each other with no real substance. Issues I have with this show: 1.) If the FBI is that bad with their own recruits background checks then I can’t imagine how they can be considered an elite law enforcement agency. How can they be trusted to stop terrorist or hunt criminals if they can’t properly screen their own agents. 2.) Has anyone else noticed how they constantly put Priyanka Chopra in tight-fitting, cleavage showing shirts… Read more »