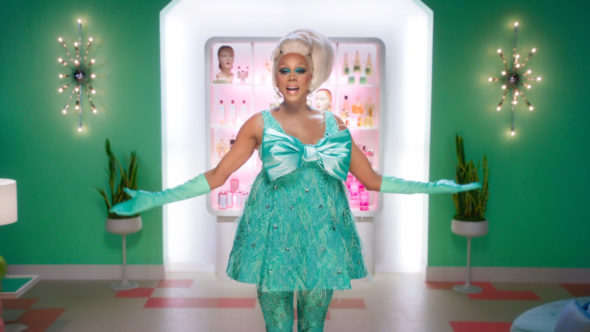 RuPaul’s Drag Race is coming back soon. This week, VH1 announced season 10 will debut in March.

The new season will feature 90-minute episodes, which will “give fans more fashion, lip-syncs and drag than ever before.”

New York, NY – February 16, 2018 – On the heels of VH1’s industry leading ten consecutive quarters of YoY ratings growth (P18-49) – the best streak across broadcast and cable – and following the three-time Emmy(R) Award-winning season nine of “RuPaul’s Drag Race,” the fiercest competition on primetime returns with a historic 10th season. Each supersized, 90-minute episode of “RuPaul’s Drag Race” will give fans more fashion, lip-syncs and drag than ever before. The new season premieres on VH1 on Thursday, March 22, followed by the popular, Emmy(R) Award-nominated after-show “RuPaul’s Drag Race: Untucked.”

“To celebrate a decade of Drag Race we’ve pulled out all the stops. The queens, the challenges and the shenanigans are off the mother-tucking charts,” said executive producer and two-time Emmy(R) Award-winning host RuPaul. “And I’m thrilled that Untucked is back on VH1. ‘Cause, henny, if you ain’t watching Untucked, you’re only getting half the story. Okurrr?”

“RuPaul’s Drag Race: Untucked” gives viewers an uncensored, behind-the-scenes look at each episode of the main competition. During “Untucked,” cameras reveal conversations not seen on the main show as the queens anxiously wait to learn their fate and who will need to lip sync for their life to avoid the week’s elimination.

Fans craving more RuPaul can check out “RuPaul’s Drag Race All Stars,” which premiered to record-breaking ratings and is currently airing on Thursdays at 8:00pm ET/PT on VH1. The season follows legendary queens as they return to the mainstage to battle it out for the crown and a spot in the Drag Race Hall of Fame.

For more information on “RuPaul’s Drag Race” and up-to-date news, go to http://www.vh1press.com/series/rupauls-drag-race-season-10 and follow @RuPaulsDragRace and #DragRace across all social media for all the latest tea.

What do you think? Are you a fan of RuPaul’s Drag Race? Will you watch season 10?