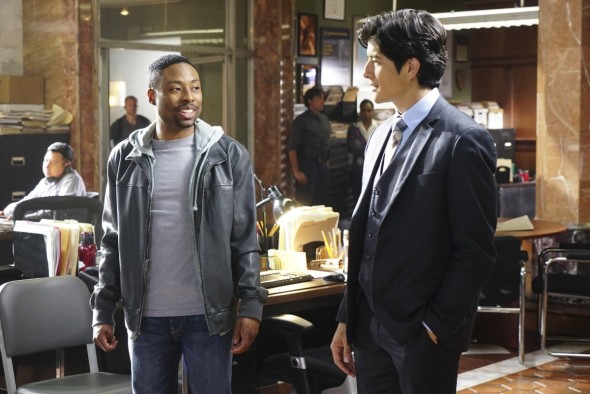 Yes it should be renewed! I can’t watch the movies because of how much I prefer this version. Jon Foo did an amazing job as Detective Lee (plus he’s way better looking than Jackie Chan). Bad idea CBS, bad idea.

Liked the show. Humorous and great action. Should reconsider canceling the show.

I thought that maybe this show would last for awhile. The humor was good and the action was good. I hope this will be reconsider by CBS.

The show is great. I hope someone has the smarts to shop it around to a smarter network. PLEASE!!!!!! Maybe I should call Raymond Reddington and have him visit a few people.just to say hello of course.

What? It’s an ALL TIME GREAT!! One more year!

That’s really too bad. It’s a favorite in my house!

My wife and I love rush hour. It is funny and clean. Why take a good show off. We hardly watch t.v. Because most of the shows are trash.

I REALLY enjoyed this show! There are very few shows I actually watch these days. I just hate all the smut and flith on prime time TV now a days.

I have been watching the show. I really like it, 5 stars out of 5! I think they are making a big mistake! Who are these people making the decisions! Really!!!???

My husband and I loved show. Please give it another chance. Shattering with CBS anyway. You make so many wrong decisions.

Hey
I can’t believe this show is being canceled. Very funny going miss it. Watch it ever Thursday

Just give it another chance.

are you kidding me? at least 10 shows I watch have been cancelled why bother watching any especially new shows. now I see why people are getting rid of cable

About time Rush Hour got cancelled. Horrible show that didn’t live up to the movie version with Jackie Chan and Chris Tucker 🙁

I now officially am done with CBS!