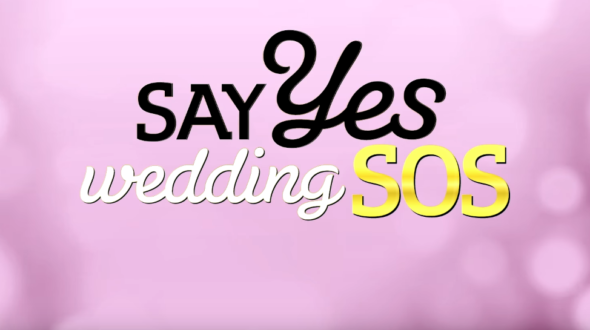 The docuseries “focus on transforming couples who have let themselves go.” Say Yes: Wedding SOS debuts on TLC on January 20th at 9 p.m. ET/PT.

What happens when a couple has gotten so comfortable together, they finally decide to tie the knot but don’t recognize themselves in the mirror? It’s time for SAY YES: WEDDING SOS! TLC’s new series premiering on Saturday, January 20th at 9:00 p.m. ET/PT will focus on transforming couples who have let themselves go. From every-day life challenges including balancing kids and work and trying to keep that special spark alive, the couples featured on the show are in desperate need of a makeover for their special day. The series premieres as part of TLC’s new Saturday night wedding block on Saturday, January 20th at 9:00p.m. ET/PT.

In each hour-long episode, style expert George Kotsiopoulos will work with the bride and groom and get them ready to walk down the aisle. From wardrobe and hair to veneers and tattoo removal, the couple will meet each other at the altar in front of their friends and family with a new look and, most importantly, renewed confidence as they head off into wedded bliss. Viewers will go along for the ride as they watch the couples go from drab to fab with custom suit fittings, liposuction, corrective eye surgery, microblading and laser hair removal, just to name a few.

The season premiere will feature Lisa and Vinny from Clifton Heights, PA. After dating for eight years, this couple, who work together as part of a road construction crew, has decided to tie the knot. However, with a baby on board, they haven’t had much time to focus on themselves, let alone plan the wedding of their dreams. Instead, they spend most nights hunkered down on the couch eating junk food and watching movies. George has his work cut out for him—can he turn couch potatoes into hot potatoes with only 10 days until the wedding?

Join the conversation on social media by using the hashtag #SayYesSOS.

SAY YES: WEDDING SOS is produced by Half Yard Entertainment for TLC.

What do you think? Are you a fan of TLC reality shows? Will you watch Say Yes: Wedding SOS?

I just watched the second episode and I have to say that I loved it! George is charming, smart and sweet… He’s got a great eye! Cody and Kayla are adorable and your transformation of them into Prince and Princess was extraordinary! I am looking forward to the next episodes! Keep up the good work!