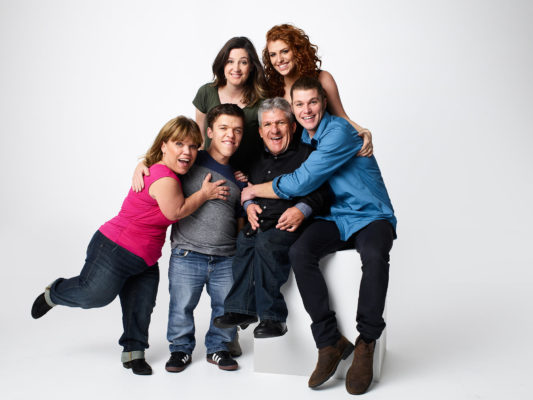 Little People, Big World is coming back. Recently, TLC announced the TV show will return for a 13th season in April.

The series follows the lives of Matt and Amy Roloff, who both have dwarfism, and their family.The new season of Little People, Big World premieres on TLC on April 3rd at 9 p.m. ET/PT.

Following premiere of Little People, Big World‘s new season, TLC will debut their new TV show My Little Life. The reality show follows “five, young little people from across the country as they work to overcome the struggles of a world made for average-sized people, on top of the usual coming-of-age challenges, like balancing family, friends, work and the search for love.”

(Silver Spring, MD) – TLC’s new series MY LITTLE LIFE premieres Tuesday,April 3 at 10/9c following five, young little people from across the country as they work to overcome the struggles of a world made for average-sized people, on top of the usual coming-of-age challenges, like balancing family, friends, work and the search for love.

TLC’s one-hour, six episode series MY LITTLE LIFE premieres with a deep dive into the world of five little people in their 20s and early 30s as they set out on a journey to live life to the fullest. In addition to overcoming their own personal challenges, each sets out to pursue their dreams and find love in a big world. In order to be independent, they must step out of their comfort zones and face a reality that is daunting for any young adult.

Get to know the cast of MY LITTLE LIFE on TLC.com/MyLittleLife and join the conversation on social media by using the hashtag, #MyLittleLife.

MY LITTLE LIFE is produced by betty for TLC.

(Silver Spring, MD) –  An all-new season of TLC’sLITTLE PEOPLE, BIG WORLD returns on Tuesday,April 3 at 9/8c with more family, more babies and more milestones than ever before. The future of the farm and family depend on everyone adapting to the major changes that are reshaping the Roloff dynamic every day.

Fans of LITTLE PEOPLE, BIG WORLD get to catch up with their favorite family through ten all-new, one-hour episodes, plus an extra special two-hour episode featuring the birth of Jeremy and Audrey’s baby girl, Ember Jean Roloff! Jeremy and Audrey are in a race against time to get everything ready before the baby arrives. With Jeremy working tirelessly to fix up the house, Audrey prepares an ambitious birth plan in which she will deliver the baby without pain medication. Meanwhile, as Amy and her boyfriend Chris celebrate their one-year anniversary, she feels that it is time to integrate Chris into the family dynamic especially with her second grandchild on the way!

Viewers will also follow Zach, Tori and baby Jackson, whose dwarfism creates even more responsibilities and challenges for the new parents in addition to changing diapers, cleaning bottles and all the demands a newborn brings. Back at the farm, Matt and Caryn prepare for the upcoming pumpkin season. Matt starts to desire a different living situation away from Amy, and the possibility of selling the farm is more likely now than ever before.

Join the LITTLE PEOPLE, BIG WORLD conversation on social media by using the hashtag #LPBW, ‘Like’ the show on Facebook and watch more video on TLC.com/LPBW.

What do you think? Have you seen Little People, Big World? Will you watch My Little Life?

Please keep this show even with all the changes; love the families

Love this show, but Amy is too mean!

I can take it or leave it, Little People Big World. The new one , My Little Life, I’m really enjoying getting to know each character and their lives. Young and going through all the different opsticles is much more interesting than seeing the Rollofs going through a divorce. Like beating a dead horse, ie; 19 kids and counting, I’m over it!

Little people Big World what can you say it’s the best show to watch anyone who has watched have seen them grow up and go on to live a life of their own have babies and normal lives I can’t say enough about this show it’s the best show on television series right now.