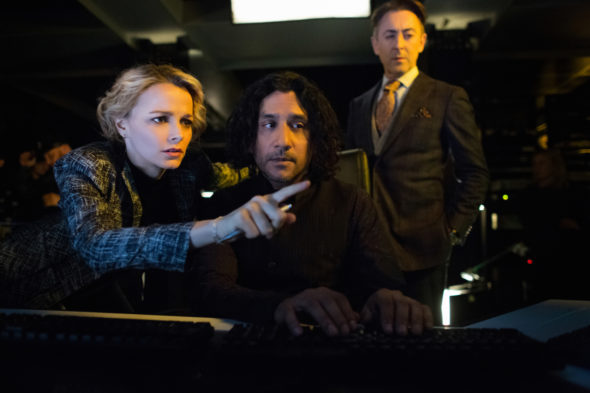 Perhaps they’re just trusting their guts, but the Tiffany Network has pushed its Instinct TV series kickoff out by one week. Although it was originally set to debut on March 11th, today, CBS announced its new Instinct TV show will premiere on Sunday, March 18, 2018 at 8:00pm ET/PT.

What do you think? Do you plan to check out the first season of the Instinct TV show on CBS? Let us know, below.

now that the season is coming to an end, I decided to start binge watching it off my DVR… only to find that the pilot! did not start at the scheduled time! 60 minutes ran 35 minutes into the slot that was supposed to be Instinct! So, I can’t even watch the end of the very first episode without going online and BUYING it because the stupid network couldn’t air THE PILOT when it was supposed to air! the Networks always do crap like this, and then these morons wonder why the ratings suck!

I love the show. Don’t give up on it! Give it a chance

Give the show a chance!!!

Really liked Alan in The Good Wife so am giving this a try.

No, I will be watching Fox News

I am very interested in this series. However, if Whoopi Goldberg is a regular I will not be watching.

Of course. Sharon Leal is starring in it.