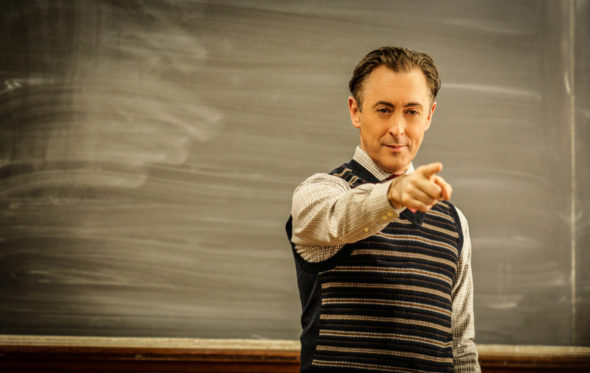 Did Instinct steal a story from another TV show? Recently, showrunner Michael Rauch apologized for a recent episode of the CBS series, Deadline reports.

Instinct showrunner Miahcel Rauch apologized for the incident, saying the similarity was “unintentional” and he’s looking into how this happened:

Yeah, heard about this. Very distressing and 100% unintentional. Looking into it and how to make sure it doesn’t happen again. And of course apologies to Bones (and their fans).”

What do you think? Do you watch Instinct? Did you see the similarity to the Bones episode?

Yes noticed the similarities immediately in one sense inexcusable. But then while I enjoy this show it reminds me of the TNT series Perspective in some ways a superior show to Instinct. But I enjoy this series.

If this was the program’s episode #3 with the air-date of April 1st, I missed that showng. And not long afterward, when I tried to view it, it was (and still is) not accessible/available, at least in my area (my provider is xfinity btw) So did the producers “pull” this particular show so as to avoid even more responses about the story-line? Anyway, perhaps in 9 – 10 years we can see it when the “Instinct” marathon takes the place of “Monk”.

I found it to be a rather ho-hum, run of the mill standard police type show. I wouldn’t be rushing out to claim that storyline.

As a big fan of Bones, I noticed the similarity pretty quick. However, I didn’t consider it a big deal. There have been and will continue to be lots of TV dramas. Storylines are bound to cross now and then. I like Instinct and enjoyed the episode.

I wouldn’t have known, not everyone watched bones. Shows have similar story lines all the time, nothing new. It’s like saying there can only be one cop show.

OMG! The episode of no longer running show Bones occurred 9 years ago! And people are making a big deal about it? Get a life people! Bones ripped off an episode of Castle once and Bones Fans said it was similar. Double Standard!

I watched every episode of Bones and while watching Instinct I never once though about Bones. This is what happens when you have members of a fan base who just cant let a show go.

That’s right, procedural dramas (not just crime but law and hospital) tend to have similar episodes and ideas.

My husband and I spotted it right away. I think the Instinct cast did an excellent job with it and I still really love this new show, but hope not to any more accidents like this.