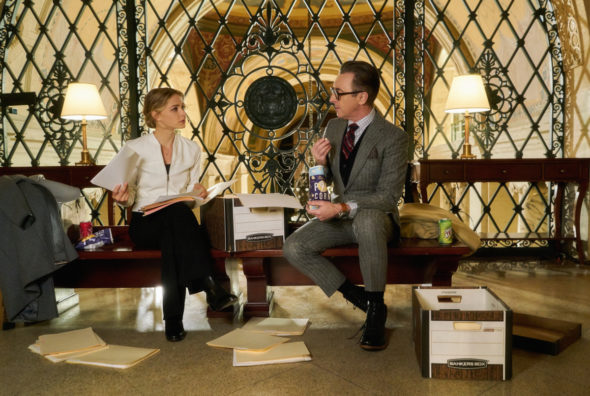 Does Dr. Dylan Reinhart get back into the swing of things during the first season of the Instinct TV show on CBS? As we all know, the Nielsen ratings typically play a big role in determining whether a TV show like Instinct is cancelled or renewed for season two. Unfortunately, most of us do not live in Nielsen households. Because many viewers feel frustration when their viewing habits and opinions aren’t considered, we’d like to offer you the chance to rate all of the Instinct season one episodes here.

What do you think? Which season one episodes of the Instinct TV series do you rate as wonderful, terrible, or somewhere between? Should CBS cancel or renew Instinct for a second season? Don’t forget to vote, and share your thoughts, below.

I love this show. Lizzie is perfect in her part and Alan Cummings is terrific. This is a really well done and thought out series. The supporting cast is excellent as we. I am really glad it was renewed

I love this show, especially Alan Cummings…. I REALLY hope it gets renewed.

I don’t watch any shows via Streaming, except PBS. Passport

I really like this show. The main characters are good. The lieutenant is awful but she is minor.

Don’t really like this show. Find it to be not very interesting and characters kind of bland. Don’t care if you renew this one.

One of my favorite shows —- love it.