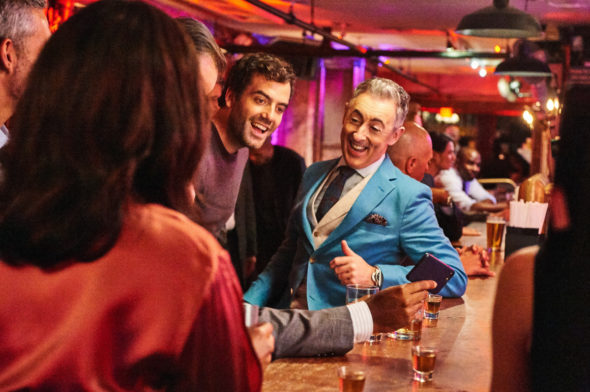 How’s the partnership between Dr. Dylan Reinhart and detective Lizzie Needham working out during the second season of the Instinct TV show on CBS? As we all know, the Nielsen ratings typically play a big role in determining whether a TV show like Instinct is cancelled or renewed for season three. Unfortunately, most of us do not live in Nielsen households. Because many viewers feel frustration when their viewing habits and opinions aren’t considered, we’d like to offer you the chance to rate all of the Instinct season two episodes here. *Status update below.

What do you think? Which season two episodes of the Instinct TV series do you rate as wonderful, terrible, or somewhere between? Should CBS cancel or renew Instinct for a third season? Don’t forget to vote, and share your thoughts, below.

The show had its moments but the overly promoted gay content turned me off to wanting to watch this show.

I loved the show Instinct I loved Elementary and they canceled both of them I don’t know why they were both really good shows
I hope they change their mind and bring Instinct back at least. Have to see if their adoption goes through!!
I love all the characters.
Please bring it back. Please please please please

I could not believe it when I saw “Series finale” on the description. Seriously people? This is such a fun show, with clever plots, a little mysterious spy activity. A little love story here and there. I love the repartee between Dylan and Lizzie, I look forward to watching it every week. Such a cleverly done modern show. Oh please reconsider or another channel pick it up. Alan Cummings is such a gem, every week a great mystery done so well. Thank you so much. Please please renew it.

Please don’t cancel this show! So enjoy the characters, their lives and the murder mysteries they solve. I am surprised that intellectual and sophisticated shows like this are cancelled and you prefer to keep shows like Big Brother and Survivor on the air. What is television coming to? What are you thinking CBS executives?

Please don’t cancel this show. Really look forward to watching it. Love the chemistry of Dylan and Lizzy. Adding Ryan was genius thinking. Finally someone worthy of Lizzy.
Ryan adds a depth of character needed. It would be a shame to let this program go.
Please reconsider.

Very disappointed that Instinct is cancelled. My favorite show. Having trouble finding anything good to watch except on Netflix lately.

We are very disappointed INSTINCT was cancelled. We looked forward to watching this on a Sunday night.