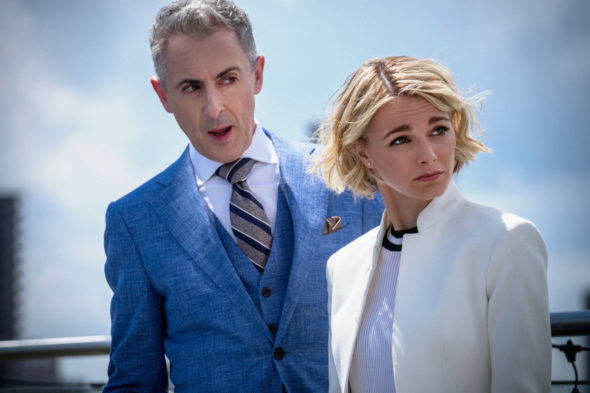 What’s next for Dr. Dylan Reinhart and detective Lizzie Needham? Is the Instinct TV show cancelled or renewed for a third season on CBS? The television vulture is watching all the latest TV cancellation and renewal news, so this page is the place to track the status of Instinct, season three. Bookmark it, or subscribe for the latest updates. Remember, the television vulture is watching your shows. Are you?

The second season of Instinct averaged a 0.32 rating in the 18-49 demographic and 3.38 million viewers. Compared to season one, that’s down by 49% and 49%, respectively. Find out how Instinct stacks up against the other CBS TV shows.

Will CBS cancel or renew Instinct for season three? The ratings are way down so I think it’s a longshot that this series will be renewed. I’ll keep an eye on the Nielsens and update this page with breaking developments. Subscribe for free Instinct cancellation or renewal alerts.

What do you think? Should the Instinct TV show have been renewed for a third season? Are you sorry that CBS cancelled this TV series instead?

Honestly wish there was more of this show and that they had advertised it more.
It was an amazing show !

I did not even realize this show was around until I watched it on CBS All Access.. NOW I wish it was on for a season 3 and more !!! I tend to agree with comments on here about reality tv (WORTHLESS MINDLESS DRIBBLE) and shows that have shows that actually have plots (God forbid, we cant have a population that THINKS :O )… There is a reason why I only watch a few shows anymore and that is off the Net..

CBS, seriously what are you thinking cancelling literally the best show you had?!! People are sick of reality tv, and everyone is sick and tired of their favorite shows getting cancelled all the time!