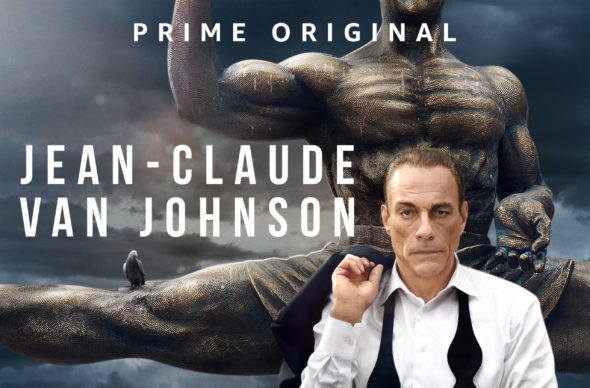 The cancellation for Van Damme’s Jean-Claude Van Johnson was very swift, coming only a month after the satire was released.

What do you think? Have you watched the first and only season of the Jean-Claude Van Johnson TV series? Did this Amazon TV show deserve to be cancelled or renewed for a second season? Sound off, in comments.

It looks like Season 2 is happening! Show rocked! Looks like awhile since people posted but hopefully people will find this update!

Sorry, but I doubt this is legitimate. Nobody sets a season premiere date 20 months in advance.

Yes. You could be right. 20 months is a long time. Book Of Boba Fett was about a year from announcement to release. Obi-wan was confirmed in 2019 by Ewan McGregor but issues prevented production from starting until 2021. It debuts May 25, 2022. Who knows what is up with JCVJ and we may still get a 2nd season of JCVJ. Here is hoping.

The show was pretty good, I want to see season 2 hope that the show gets reinstated