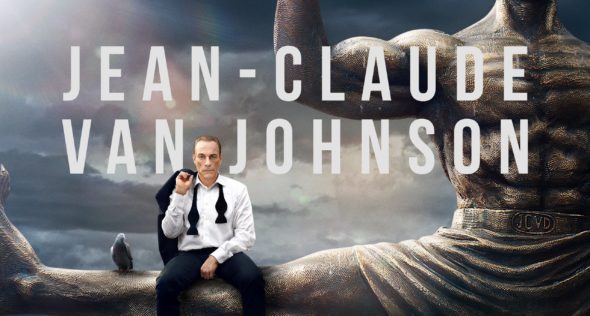 Using the alias, “Johnson,” Van Damme was the world’s most daunting spy. Now that he is retired, he feels at loose ends in Hollywood. One day though, upon running into an old flame, he finds himself drawn back into the world of espionage. Now he must confront the most formidable foe he has ever faced — himself.

Series Finale:
Episode #6 — “The World Needs Its Hero”
JCVD journeys to a forgotten land where he must face a series of trials wrought from the psychic clay of his deepest fears. Also he rents some movies. (Courtesy of Amazon.com)
First aired: December 15, 2017

Just watching this on Amazon, and really love the series. I am not one to like/watch a lot (last was Stargate).

Mr. Van Johnson should NOT retire

I love JCVD! Renew JCVJ for sure.

RENEW! Love the parody and good to see the humor.