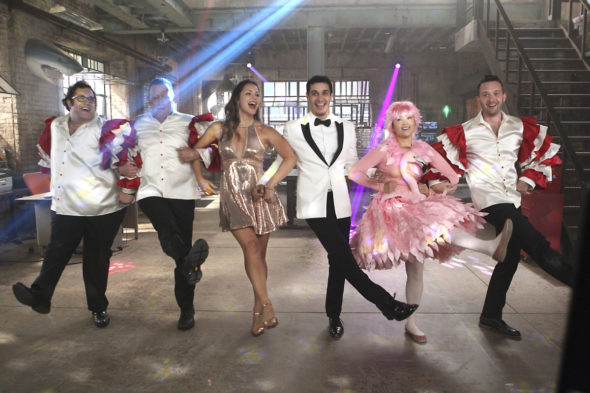 Does Team Scorpion still operate like a well-oiled machine in the fourth season of the Scorpion TV show on CBS? As we all know, the Nielsen ratings typically play a big role in determining whether a TV show like Scorpion is cancelled or renewed for a fifth season. Unfortunately, most of us do not live in Nielsen households. Because many viewers feel frustration when their viewing habits and opinions aren’t considered, we’d like to offer you the chance to rate all the season one episodes of Scorpion for us here.

The series centers on Walter O’Brien (Gabel) and his team of brilliant misfits. They are the country’s last line of defense against lurking high-tech threats. As Team Scorpion, these members of Homeland Security’s think tank solve the nation’s crises, even as they help one another in their quest to fit in. At the start of season four, they find themselves working with their nemesis, Mark Collins (Leonard), to prevent the extinction of the human race. Meanwhile, Walter and Paige (McPhee) feel awkward as they try to navigate their new relationship.

What do you think? Which episodes in the fourth season of the Scorpion TV series do you rate as wonderful, terrible, or somewhere between? Should CBS cancel or renew Scorpion for season? five Don’t forget to vote, and share your thoughts, below.

5/12/18 update: CBS has cancelled the Scorpion TV show so there won’t be a fifth season. Details here.

CBS needs to keep Scorpion!!! Very few shows fit the bill of family friendly drama but Scorpion does! Even has kids thinking outside the box for problem solving. So sick of reality based shows which are dumbing down our country.

I agree 100% your comments where the one thing I didn’t mention in my comment my family and I would come together every week to watch this show and we would make sure we recorded it on our DVR so there was no chance of missing it you made every point I didn’t. Thank you this is the first time I’ve ever replied on one of these.

please renew scorpion season 5. please renew…I only pay 4 CBS because of this show.

I need a season 5 of Scorpion!!!!! I don’t do a whole lot but work and enjoy my favorite shows which this is one of!!!! Please don’t cancel this show!!!! It’s the only reason I got CBS unlimited

I really like this program, don’t understand why cancelled it… Don’t really care for reality shows rather watch this show… Hope they changed their mind and bring back season 5

I love this show. It’s unique, lovable characters. I’d rather watch this show than all the drama series on TV. This show is so much better than those so-called reality shows.

My husband and I both loved this show. It was a great and entertaining show. I was very sorry to see it is cancelled. I agree with David’s post that it seems like there are a lot of stupid reality shows out there but when a fantastic show comes along, WHY do you cancel it???? Doesn’t make any sense to me. Forgot the Nielsen ratings – ask people what they want. Must be what makes the most $$ for someone, forget the fact that people might love the show.

Sure….Leave on crap like the horrible reality shows, which cost less to produce. That’s it as usual…..The bottom line…….. Lets watch aholes pick a girl they don’t know or any other crap. I’d rather watch entertainment with a real story.