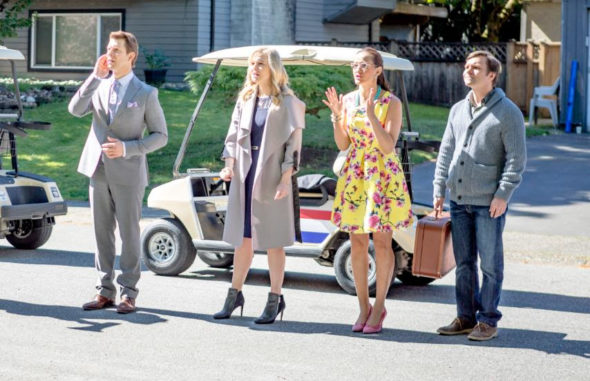 Signed, Sealed, Delivered is back in action! Hallmark just announced a new TV movie will debut in 2020.  *2020 Status update.

Love the SSD shows, wish they would come back as a series…..miss them

I love SSD. I watch reruns any time they’re on. The characters have grown so much. Hallmark channel is the main reason I have a TV, of course beside news and reruns of Bones, Mike and Molly and new NCIS.

I used to love Hallmark movies and could not wait for Christmas but the story lines are way too predictable such as boy gets girl and too many long drawn out series. No family drama and standards are not up to the old Hallmark Hall of Fame movies. I hope more of the older movies will be sold either by DVD or streaming. But that said.. I do like the mysteries and hope those formats won’t ever change. We need more wholesome movies not just romance. I only ask you mix it up a bit.

I am a Postable addict. I really do not watch Hallmark except for SSD. Occasionally I will watch a Andrew Walker rerun but I use to watch SSD REPEATEDLY when aired on TV. I am buying all the DVDs so I rarely watch Hallmark channels. Cannot wait for the next SSD movie and hope there are more to come.

I have followed the show from the beginning but now I can’t continue because my provider does not carry Hallmark Drama. I’m upset about that

I like the Signed, Sealed, Delivered movies and shows but I do not have Hallmark Drama network. I hope the movie airs on the regular Hallmark channels.

I love the show; however am not able to watch it anymore. Our provider does not offer Hallmark Dram. Is there anywhere else I could see it, Netflix?

I am so happy. Yeah yeah yeah
I thought Hallmark had forgotten those of us who enjoyed quality TV
Thank you so much

Will watch the show

Why did they change the actors in this succesful show. No I won’t be watching the new one with new cast.

Love the show and looking forward to the new movie.

I loved the Signed Sealed Delivered series with the original cast so please advise when they’ll return. Thank you! Do not have the other Hallmark channels so please put it on the original channel.

One of the best series/movies ever!