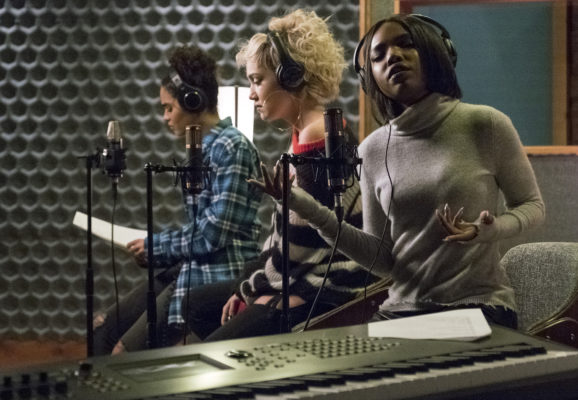 Does Star still have a chance of returning? Deadline reports co-creator Lee Daniels is fighting to save the cancelled FOX TV show.

Even though FOX has cancelled Star after three seasons, co-creator Lee Daniels recently announced there may still be a future for the TV show. On social media, Daniels revealed he will have more news soon about the fate of Star. Take a look below:

What do you think? Have you seen Star? Would you watch a fourth season?

I love the Star series, the series can’t stop so it’s too unfair, I don’t understand why FOX canceled the series, found a way to fix it because I really love this series,I miss the actors too I beg you I want a return of the series Star!!! #star #come back # Lee Daniel #Dalex

Love this show, we do need another season!! Can’t end it the way it did, we need closure if it is going to end!! They always want to take away the good shows just when you get so involved with them!! BRING BACK STAR PLEASE & THANK YOU #SAVESTAR

Love and miss STAR!! Any word on if it is going to be back on??

I personally love the show “STAR”. I love the way that I can identify with 1 or more characters played by these great actors and actresses. What I love the most is to see many of my favorite artists in one show, plus giving such power to each profile as they do. Also love the new actors and actresses that I didnt know and the way that each episode leaves me at the edge of my couch, urged to see the next one. I really have enjoyed and would love to see more and more of this very unique and… Read more »

Please continue the show I love this show it’s my favorite. I was devistated when I found out it was canceled there has to b another season with how it ended with the wedding. Ànd the baby getting kidnapped plz make season 4

Please continue with Star love the show.. It’ll suck if you don’t continue it for the way season 3 ended you could tell that there would be more to come… So keep them coming..

#SaveStar this show has literally saved my life. I feel like I truly know these people and their lives. I’ve been through so many of the things they are struggling with and had to deal with in their lives and this show makes me feel not so alone. Please don’t cancel this series. Fans are counting on this show weekly to get thru their simple day to day.

#SaveStar all the way. I fell in love with this show as much as or if not more than Empire. What is wrong with #FOX!? You have a good show with good feedback and good ratings and you cancel it because one seasons rating were a bit lower than the last!? Give it a fighting chance! Every show has that season where it just wasnt that great but people still watch and the next season is better and brings em back! I want Season 4 of Star!! I hope they can save it!!

We love this show, Dont stop it just because Empire went away!!!!!

Yes I would definitely watch another season of Star it’s one of my most favorite shows.