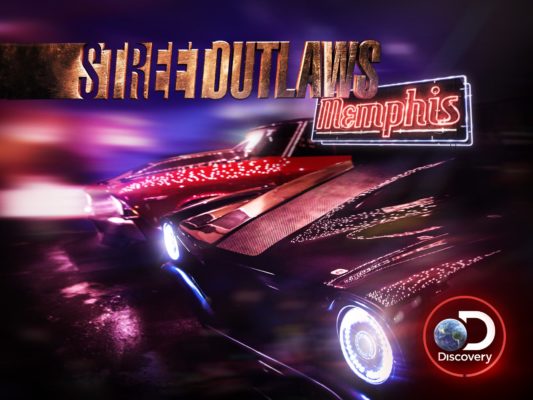 Discovery is back on the streets. Today, the network announced Street Outlaws: Memphis will return for a second season later this month.

The street racing docuseries follows JJ Da Boss and the Memphis Outlaws as they “race the same pavement that they’ve driven down for decades in pursuit of one thing: to ‘get that money.'”

(New York) – In Memphis, the cars are fast, the pavement is dangerous, and street racing is a family affair. Led by JJ Da Boss, the Memphis Outlaws race the same pavement that they’ve driven down for decades in pursuit of one thing: to “get that money.” JJ leads his team of Memphis racers against the best competitors the US has to offer – from Las Vegas to New York and everywhere in between. Money and blood are on the line in the two-hour season premiere of STREET OUTLAWS: MEMPHIS, premiering Monday, October 22 at 9pm ET/PT on Discovery Channel. The series is produced by Pilgrim Media Group.

Additionally, Discovery is hitting reverse on the life of Memphis Outlaws crew leader JJ Da Boss in a new episode of STREET OUTLAWS MEMPHIS, “The History of JJ,” airing Monday, October 15 at 9pm ET/PT. The special gives viewers a unique glimpse into the eventful life and times of JJ Da Boss.

For JJ, racing is a family affair; he fell in love with it straight from his mama’s hip, watching his father and Uncle Wayne compete. Today, five generations enjoy racing together, though it wasn’t always a smooth road. As JJ reveals details about his past – including when his desire to provide for his family led him down the wrong path and eventually to prison – he offers insights into lessons learned from losing everything, and how love and family are the true keys to life – and to winning.

In STREET OUTLAWS MEMPHIS, JJ and family continue to race together, bet together, and never turn their backs on each other. Along with his wife Tricia, cousin Precious, and son Doughboy, JJ and the entire Memphis Street Outlaws team take on every challenger from across the country that comes their way – driving in real steel-bodied cars like their grandfathers and great-grandfathers drove. Memphis owns its own style of street racing, with street racers going head to head on real asphalt.

With few limits and a lot of heart, the Outlaws lay it all on the line with every single race; they know that bringing home pride, honor, and a chunk of cash requires serious skills and the courage to really hit the pavement hard – because in Memphis, only the fastest and baddest cars win.

Viewers will also be able to catch the current season, along with past seasons of STREET OUTLAWS, on the Discovery GO app – free with their paid TV subscription.

What do you think? Have you seen Street Outlaws: Memphis? Will you watch season two?

sure are missing Your racing on monday nite are you coming back on tv .please let me no been hunting every where for you all .miss you all

Of course me and my hubby love that show. No JJ da Boss…no Discovery!