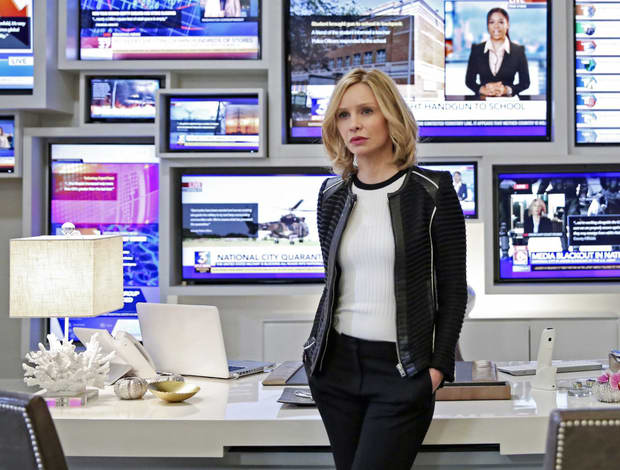 Supergirl will return with its third season next month, and it will feature the return of Calista Flockhart. After being a season regular during season one, she only appeared in a few episodes of season two. One of those episodes was the season two finale.

The Hollywood Reporter analyzed the new Supergirl preview, and Cat Grant is definitely back, and she had an upgrade as far as her job goes. The site reported the following about the The CW series:

“While Supergirl producers have been keeping Calista Flockhart’s eventual return to the series as Cat Grant under wraps since her appearance in the season-two finale, a new promo for all of The CW’s DC Comics TV shows has revealed not only her season-three debut but also her potential new role on the series. In the new footage, Cat is seen at the podium in the White House saying in her trademark unimpressed style, “Go ahead, fire away.” Is Cat the new White House press secretary?”

Check out the latest DC-centric trailer from the CW below. Are you excited for the return of Supergirl? Will you check out season three? Tell us what you think.

I’m happy she’ll be back, this is one of the best characters she has ever played. I love it

Tired of this show. Cat annoys me.

I think Cat reveals Lynda Carter is really an alien and now she’s the president. Yes, I know that sounds like House of Cards, but wouldn’t that be a hoot!!